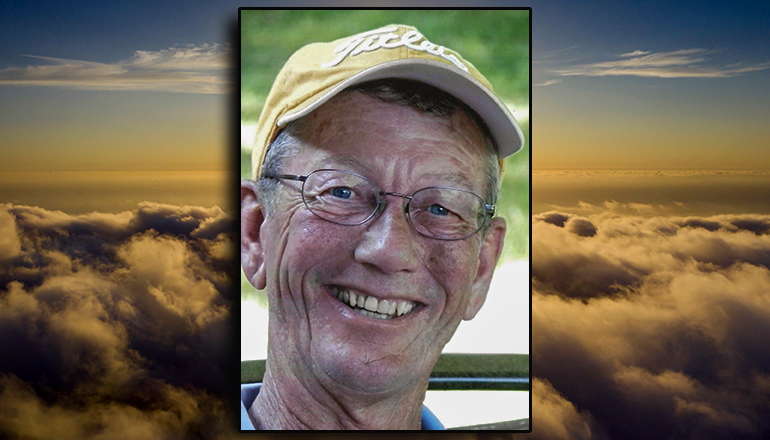 Lowell Jay Littrell, son of Harold and Mona (Mitchell) Littrell, was born in Jefferson, Iowa on March 3, 1945. His family, including his older brother, Gary, resided in the Churdan, Iowa area throughout his childhood and early adult life.

Lowell was a 1963 graduate of Paton-Churdan High School where he met and married his high school sweetheart, Marlene Ann (Taute) Littrell, on May 7, 1966, and recently celebrated 56 years of marriage.

Lowell started his life adventures by attending Barber College in Des Moines, IA. As he was working as a barber, Lowell joined the Air National Guard from 1966 to 1972. Not only did Lowell serve his community through the military, but at the age of 25, he served as the youngest mayor in the state of Iowa for his hometown of Churdan.

While in Iowa, Lowell took a job with Wyeth Hardware and the couple also welcomed their first child, Michelle, in 1970.

In 1973 the family moved to Bethany, Missouri, which became their permanent home. It was here that Lowell and Marlene had their second child, Michael in 1975.

Lowell continued as a salesman for Wyeth Hardware Co. covering northern Missouri and southern Iowa. After 17 years in hardware sales, Lowell was presented the opportunity to join Gene Hogue in purchasing North Missouri Lumber and forming Bethany Building Center in 1987. Lowell managed the business with pride for over 35 years. In 2003, his son Mike, moved home to work alongside his dad for the past 19 years.

In 2021, Lowell received The Golden Hammer Award for 50 years of service in the hardware business. There is no question that Lowell was dedicated to the lumberyard, as he went to work five days a week until he was no longer able at the age of 77.

When Lowell wasn’t helping his customers, he enjoyed golfing at the Bethany Country Club. He had the opportunity to play hundreds of courses and countless rounds of golf with both friends and family.

Lowell could also frequently be found driving the back-roads, admiring the beauty of the land which he appreciated as an avid hunter and fisherman.

He taught his grandchildren, Tanner, Ellie, Austin, Reece, and Caden his love of golfing, fishing, hunting, and taking the scenic route.

He also spent many hours in his workshop woodworking and building furniture for each member of his family; there wasn’t a project that Lowell couldn’t accomplish with his talents. Of the projects he completed, one of his favorites was the designing and completion of the Military Memorial in the Bethany City Park in 2020, as a way to honor a cause that was near and dear to his and Marlene’s heart.

Lowell lived a full life, and after 77 years, on May 19, 2022, he left behind his earthly life for a better home in Heaven. Lowell never met a stranger, would do anything for his friends and community, told numerous jokes and stories, and always liked to have fun. He will be deeply missed but as Lowell always said, “the sun will still come up tomorrow.”

Lowell was preceded in death by his father, Harold, his mother, Mona, his brother, Gary, and his sister-in-law, Sally White.

The family asks that memorial contributions be made to The Lowell Littrell Memorial Fund for Special Projects. These funds will help contribute to the betterment of the golf course and community in honor of Lowell.

To honor Lowell’s wishes, the Littrell family invites everyone in celebrating his life with a casual gathering of friends and family at the Bethany Country Club on Saturday, June 18, 2022, from 4:00 pm to 8:00 pm. No tears, no sadness, just a party, according to Lowell.