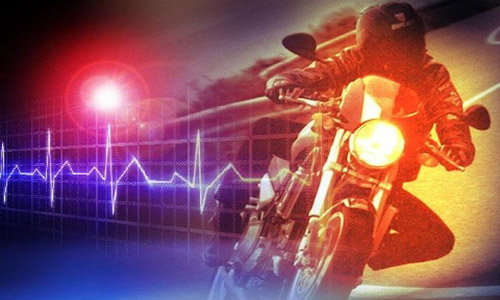 The highway patrol reports a motorcycle and a car were racing when they were involved in an accident northwest of Chillicothe injuring the motorcyclist.

19-year-old Avery Carr of Chillicothe was transported by private vehicle to Hedrick Medical Center in Chillicothe with moderate injuries.

The driver of the car, 19-year-old Noah Shaw of Chillicothe, was not reported hurt.

The accident happened late Saturday morning three miles northwest of Chillicothe on Highway 190 when the car and the motorcycle were racing westbound at the Thompson River bridge. The investigating officer reports the motorcycle was in the passing lane and the car was in the westbound lane after crossing the river bridge. The car traveled off the right side of the road, went out of control on the gravel shoulder, and returned to the road sideways.

The motorcycle hit the car on the driver’s side rear of the car causing the motorcycle skid off the road, throwing Avery Carr off the machine.

Both drivers were wearing safety devices with damage to both the motorcycle and the car was listed as extensive.