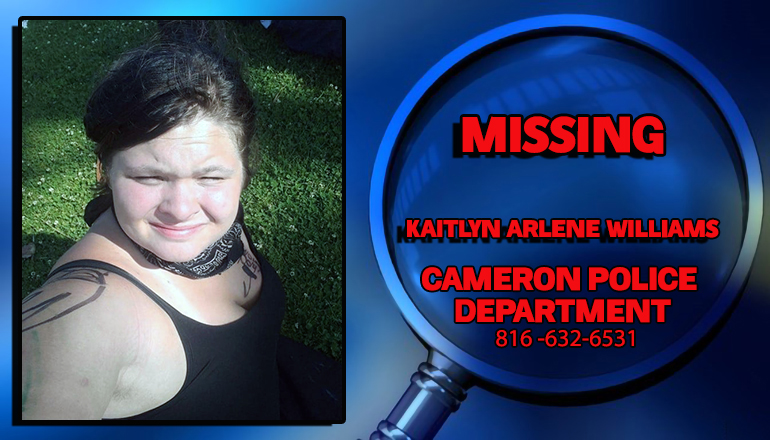 The Cameron Police Department is seeking assistance in finding a missing autistic woman last reported as being seen in Los Angeles, California.

The police report that 20-year-old Kaitlyn Arlene Williams went to Los Angeles in March and was living in a tent in a homeless area. The family was in contact with her, but contact stopped on June 8. The family filed a report with the Cameron Police Department.

She is described as being five foot four inches tall, weighing 220 pounds, and having brown eyes and brown hair.  It is unknown if Williams will travel back to Cameron.

Anyone who has contact with Williams is asked to call the Cameron Police Department at 816-632-6521. 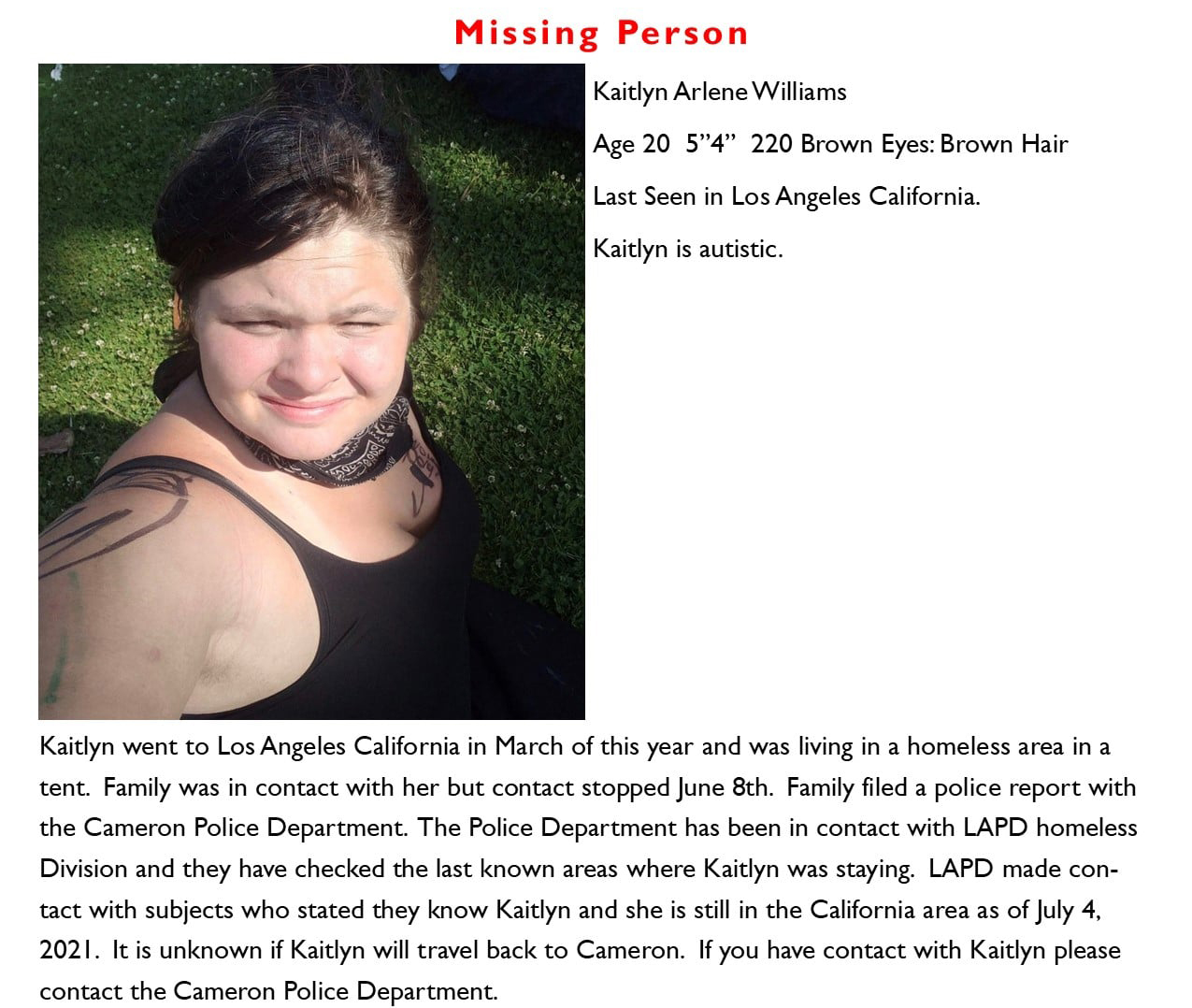