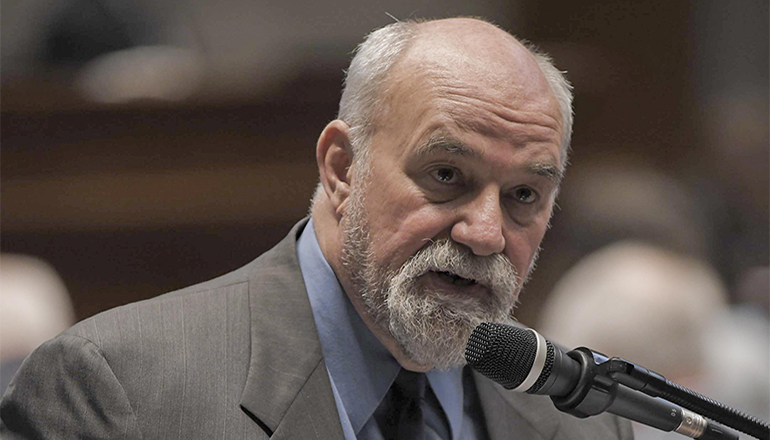 Missouri State Representative James “Jim” Neely of Cameron, Republican, announces his candidacy for Governor of the State of Missouri.

Neely, a practicing physician, represents Missouri’s 8th House District. He was elected to office in 2012 and has been a very active and involved legislator. He has introduced a large number of House Bills and has served on a number of important House Committees.

He entered government service due to his recognition that State Government did not always meet the needs of everyday people. His legislative focus has touched on many important issues such as healthcare, education, mental health, and criminal justice issues. His initial run for election in 2012 was motivated by his desire to aid in the protection of children.

Neely believes the role of government is to “empower people,” and has made that his life profession.

He brings that philosophy to his medical practice and to his legislative efforts.

He has worked hard to introduce legislation designed to meet the special needs of Missouri citizens with developmental disabilities, believing it is government’s role to assist the state’s most vulnerable citizens, empowering them to be involved in their own destiny.

Neely graduated from the University of Missouri in Columbia, and the Kansas City University of Medicine and Biosciences. In addition, he has a strong background in Accounting. As a physician, he works with geriatric patients out of Cameron Regional Medical Center.

He is a veteran of the United States Army and lives in Cameron, Missouri. He and his wife, Sandra, raised four children. His entire working life has been dedicated to people and meeting their needs as both a physician and legislator, with the goal of improving their quality of life.

Dr. Neely has solid experience as a legislator and as a physician. His life experience and dedication to people make him uniquely qualified to serve as Missouri’s Governor.