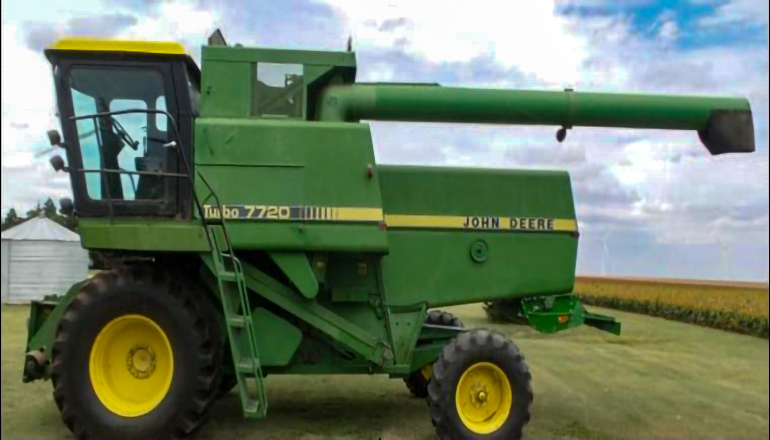 The Caldwell County Sheriff’s Office is seeking help in finding a combine reported as stolen from Braymer. The sheriff’s office reports a 1982 John Deere 7720 combine was taken from the area of Route F and Sparks Road sometime between May 7 and June 6.

The combine is described as not having a head, having mismatched tires on the front, and having a dent in the sheet metal right rear.

Anyone who has seen the combine or has information is asked to contact Detective Kirkendoll or Sergeant Neu at the Caldwell County Sheriff’s Department at 816-586-2681.