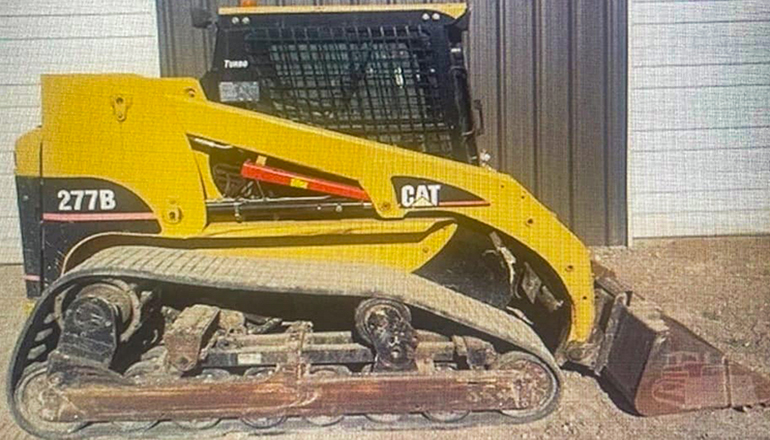 The Caldwell County Sheriff’s Office is seeking assistance regarding a report of stolen property on November 7th.

Among the items reported as stolen were a 2004 Caterpillar 277B skid steer with tracks, a 16-foot tandem axle trailer with ramps, a Lincoln 10,000 portable welder, and a Brush Buster brush cutter, which is an attachment for the Caterpillar. There is a black toothless bucket on the skid steer.

A picture of a 2004 Caterpillar 277B is shown on the Caldwell County, Missouri Sheriff’s Department’s Facebook page for reference. It is not a picture of the actual property.

Anyone with information regarding the items is asked to contact the sheriff’s office at 816-586-1075.

(Photo of Cat Skid Steer is not actual machinery)