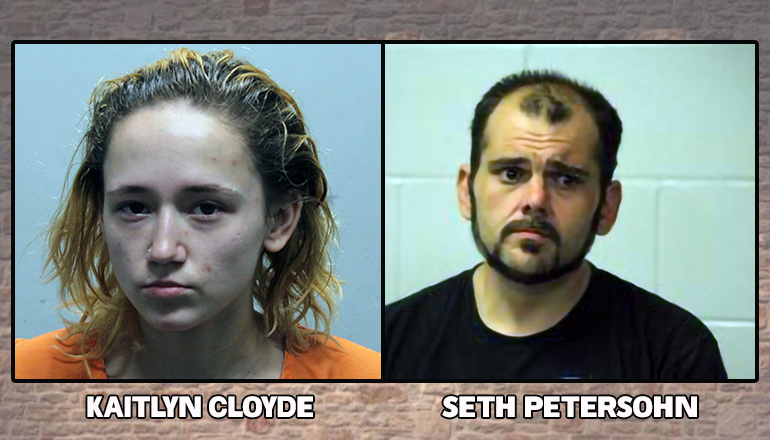 During a follow-up investigation on June 20th, Caldwell County Sheriff Mitchell Allen reports that one of the county’s largest drug arrests was made.

Petersohn and Cloyde have each been charged with six felony counts of delivery of a controlled substance and one misdemeanor count of unlawful possession of drug paraphernalia. Each was taken to the Caldwell County Detention Center on a $100,000 cash-only bond. Online court information indicates each is scheduled for an initial court appearance on July 7th.