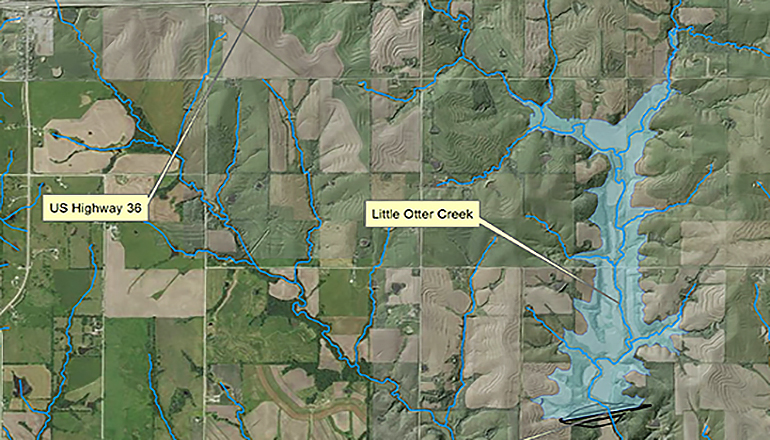 The United States Department of Agriculture’s Natural Resources Conservation Service in Missouri and Caldwell County Commission announced the award of a contract to construct the Little Otter Creek Reservoir. The contract for $14,400,486.75 was awarded to Phillips Hardy, Incorporated of Booneville.

Under the contract, a 345-acre reservoir will supply 1.24 million gallons of raw drinking water per day, reduce flooding along Little Otter Creek, and provide recreation for area residents and visitors. Construction is projected to start in March.

The Little Otter Creek Reservoir project is supported by the federal Watershed and Flood Prevention Operations Program, which authorizes the NRCS to partner with state and local entities to protect and restore watersheds. The program requires a local sponsor, a role accepted by the Caldwell County Commission. Non-federal contributions are also required, provided through the state’s Multipurpose Water Resources Fund and Caldwell County taxes.

The NRCS has committed more than $16 million, and the state and local governments have contributed more than $5.5 million. Citizens of Caldwell County passed a half-cent sales tax in 2002 for the lake and have contributed more than $4 million of local tax money. Most of the funds have been used for land acquisition, surveys, permitting, and other preliminary activities. The state has also provided financial support and assistance from the Missouri Department of Natural Resources and other state agencies.