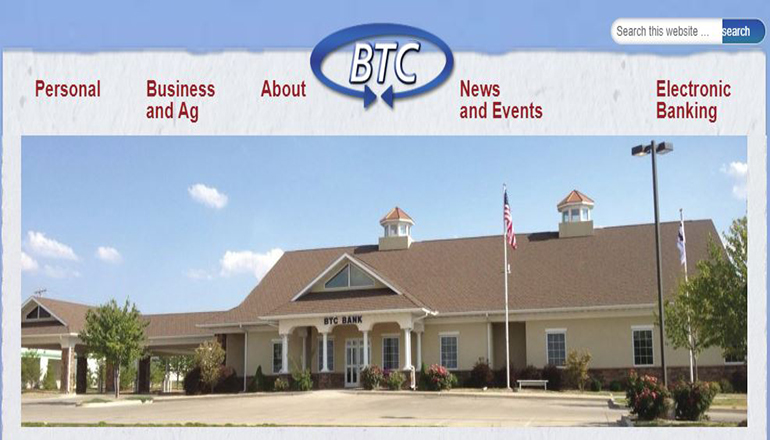 BTC Bank based in Bethany has announced plans to establish its 10th branch location in Trenton.

BTC Bank President Doug Fish says the bank is still in the process of looking for an existing building for what he hopes will be a temporary location. His long-term goal is to move into a more permanent location. Fish states the bank has wanted to open a location in Trenton for years and hopes to identify and announce its new Trenton location in the next few weeks as well as when it will be open to the public.

Tom Witten received his Bachelor of Science in Agriculture Economics at the University of Missouri and his Graduate Banking Certification from Louisiana State University. He has more than 30 years of experience in the banking industry, and most of that time was in Trenton. Witten has served as a board member for the North Central Missouri College Foundation, Grundy County Industrial Development Council, Trenton City Council, Industrial Development Council, and Trenton Rotary.

Witten says that BTC Bank has been a part of the Trenton community for years, but a physical branch will allow the bank to provide increased service, accessibility, and convenience to current and future customers.