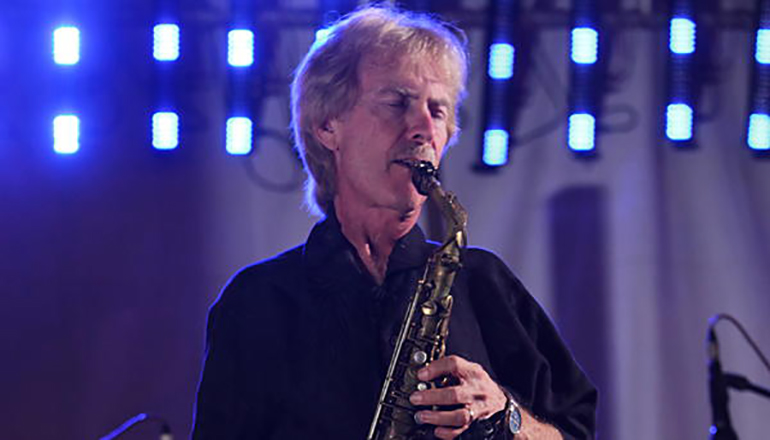 Bryan Savage, saxophonist, and flutist will be performing in Chillicothe, Saturday, September 28th, 2019, 3:00 p.m., at the Gary Dickinson Performing Arts Center, 2800 Hornet Drive.  The show is sponsored by the Chillicothe Area Arts Council and is part of their Season Shows.

Bryan was born and grew up in Chillicothe, Missouri, the son of Barney and June Savage, owners of “Savage Grocery” where he started working at the age of 12. Bryan shared some favorite memories from his younger years—“Frank Fendorf, Bill Maupin and Claude Smith were my great band directors.  Frank Fendorf started me off on the clarinet in the 5th grade. Bill Maupin gave me my first sax lessons. By high school, I became interested in playing in bands around the area—much more exciting than working in the grocery store!”  Bryan graduated from Chillicothe High School, Class of ’67, and Central Missouri State University, Warrensburg, prior to beginning his career as a professional musician.

Bryan has recorded and toured with number one charting acts including The Nitty Gritty Dirt Band, Al Stewart (Year of the Cat”) as well as other hit songs. He has performed with Steve Martin making guest appearances on Network TV shows Solid Gold, The Merv Griffin Show, and The Midnight Special.  He received a Gold Record for his sax performance on Steve Martin’s hit single “King Tut” and is currently a recording artist, on Virgin Records, with 7 international CD releases under his own name and several number one and top 5 hits on national “Smooth Jazz Radio”.

In addition to his concert tours and recording career, Bryan has a long history of successful performances for gala parties, private shows, house concerts and other special events in the Aspen area and around the world. Bryan has performed for parties and events held by/or attended by such luminaries as President George H.W. Bush, Don Johnson, Saudi Ambassador to the U.S. Prince Bandar, John Denver, Jimmy Buffet, Natalie Cole, Roberta Flack, Aspen/New York hit songwriter/socialite Denise Rich, Lionel Richie, Stephen Stills, Peabo Bryson, the Seagrams Corporation, the Toyota Corporation, and many, many others.

Tickets may be purchased at the Box Office 2 pm on the day of the performance at a cost of adults $20,00, Students K-College $5.00, Season Ticket Holders are free with their season ticket