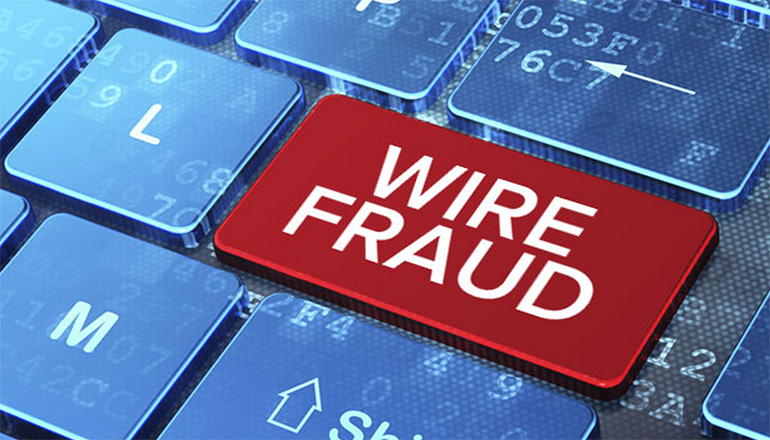 A performer at a Branson, Missouri, theater pleaded guilty in federal court to stealing more than $85,000 from hundreds of his own audience members who donated to his non-existent charity for foster children.

“For several years, this performer took advantage of his own audiences by pulling at their heartstrings while stealing from their pockets,” said Acting U.S. Attorney Teresa A. Moore. “He cynically and greedily victimized donors who falsely believed they were helping foster children. There’s no way to know how much cash was actually stolen, but we intend to seek restitution for the victim’s law enforcement has identified, as well as prison time and a hefty fine.”

James Patrick Garrett, 65, of Branson, waived his right to a grand jury and pleaded guilty to federal information that charges him with one count of wire fraud.

“This plea is a reminder that the United States Secret Service is committed to aggressively investigating and pursuing those who commit financial crimes,” said Brandon C. Bridgeforth, Special Agent in Charge, U.S. Secret Service Kansas City Field Office. “This defendant used his theater and platform as a performer, to prey on the generosity of those attending his performances. The defendant took advantage of these people who thought they were helping children in need, and then defrauded them. This investigation is a testament to the strong partnership between the Secret Service, the Branson, Mo., Police Department, and the U.S. Attorney’s Office.”

“The Branson Police Department is always looking out for the best interest of our residents and visitors,” said Branson Police Chief Jeff Matthews. “We initiated this investigation and presented it to our federal partners at the United States Secret Service last year. They adopted the case and were successful in presenting it to the U.S. Attorney for prosecution. These kinds of relationships and partnerships help us protect our community and the values Branson is known for.”

On Nov. 3, 2012, Garrett created Diamond Jym Ranch, Inc., with himself as president and a member of its board of directors. According to its articles of incorporation, Diamond Jym Ranch was ostensibly created for “the purpose of establishing homes for displaced or homeless boys or girls, to provide training and education for such children, to provide them with food, lodging, and their well being.”

By pleading guilty, Garrett admitted that he victimized his audience members through a fraud scheme that lasted from March 2016 to August 2020. At the conclusion of each John Denver Tribute, Garrett solicited members of his audience to donate to Diamond Jym Ranch. Garrett falsely told audiences that he had created homes for foster children in Branson and Texas. Garrett told audience members their donations to Diamond Jym Ranch would go to support the foster homes and to support foster children. None of those claims were true, and Garrett knew they were false at the time he made the representations.

Garrett placed a donation box at the exit of the theatre where he performed the John Denver Tribute. Hundreds of audience members left their donations in the donation box. Garrett also directed audience members who wanted to make monthly or regular donations to Diamond Jym Ranch to mail their checks to his home address in Branson.

Garrett admitted that he used the money that he raised for his personal living expenses, which included frequently dining out at Branson restaurants, credit card debt, rent, taxes, mortgage payments, health insurance, and automobile insurance.

In total, over the course of many years, Garrett induced hundreds of John Denver Tribute audience members to make financial donations to Diamond Jym Ranch for the purpose of supporting foster children and homes for foster children. Garrett’s scheme to defraud resulted in a collective loss to his victims of at least $85,525.

The specific charge to which Garrett pleaded guilty to involves a $1,000 contribution made by an audience member identified in court documents as “D.C.,” a resident of Illinois. Garrett used D.C.’s donation for his own personal purposes and not to the benefit of foster children.

Under federal statutes, Garrett is subject to a sentence of up to 20 years in federal prison without parole.