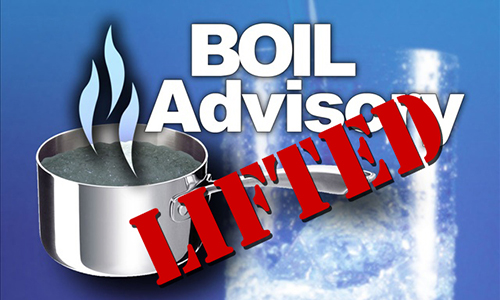 Daviess County Public Water Supply District One has lifted a precautionary boil advisory for most of its territory that lost service late last month south of the Grand River.

The precautionary boil advisory for drinking and cooking water remains in effect until further notice in a small part of the water supply district. That area is southwest of Weatherby along Route C, Cook, Hedge, Valley, Elm, Elm Court, Ketcham, and Patton roads. That area was connected to Clinton County Public Water Supply District Three during the outage.

Although that area is again being served by Daviess County Public Water Supply District One, officials are awaiting test results from water samples before the boil advisory can be lifted in that area.