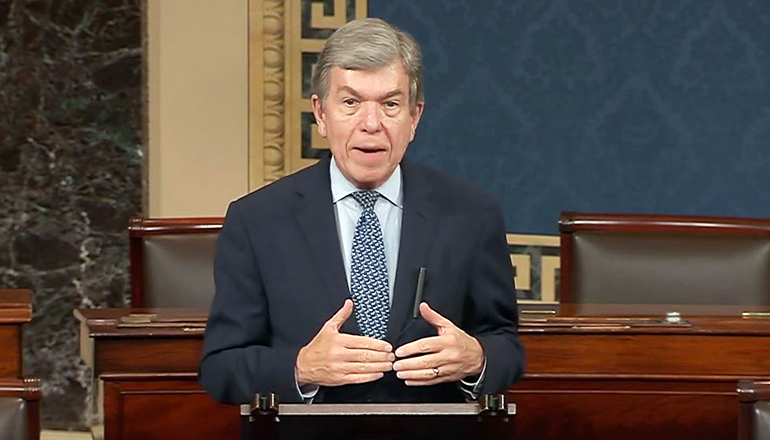 Roy Blunt (Mo.), a member of the Senate Select Committee on Intelligence, announced that he is an original cosponsor of the Iran Sanctions Relief Review Act of 2021. The bill, introduced by U.S. Senator Bill Hagerty (Tenn.), would enable Congress to approve – or block – any administration effort to suspend or terminate U.S. sanctions against the Iranian regime.

“Easing sanctions on the world’s number-one state sponsor of terrorism would be a dangerous mistake,” said Blunt. “The Iranian regime continues to pursue nuclear weapons and destabilize the Middle East. This bill will require the administration to have Congress’s approval to roll back sanctions, which are critical to holding the regime accountable.”

Even as the Iranian regime continues to support terrorism, regional militancy, missile proliferation, cyber-attacks, and other forms of aggression – including rocket attacks by Iran-backed militias targeting U.S. forces in Iraq – the Biden administration recently indicated that it wants to negotiate with Tehran to relieve sanctions on the Iranian regime and reenter the flawed nuclear deal.

The legislation builds on the precedent of a 2017 bipartisan law that empowers Congress to vote to support or block Russian sanctions relief and applies identical congressional review procedures to any future Iran sanctions relief. In effect, the legislation would prevent the administration from rolling back sanctions in exchange for advancing negotiations or reentering the deal without first securing strong congressional support.

Blunt has previously supported legislation to extend and expand sanctions on the Iranian regime. He opposed the Obama administration’s nuclear deal with Iran, which provided $100 billion in sanctions relief while the Iranian regime continued pursuing a nuclear capability, violating multiple legally-binding arms embargoes, and supporting terrorist activities targeting the United States and our allies.