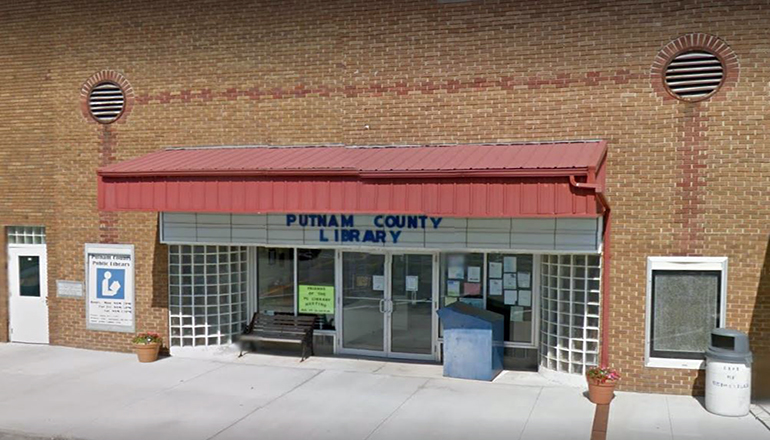 A benefit for the Putnam County Public Library expansion is planned for October 29 in Unionville.

The Unionville Rotary Club is presenting Elvis & Bryce Live! in the Putnam County Middle School auditorium. The 7 p.m. show will feature Shelby Dee, an award-winning Elvis tribute artist and stand-up comedian Bryce Stanley. Tickets are $25 and can be purchased at the public library, Pratt Dental, and McCutchen & Son Insurance. All proceeds will be used for the library expansion.

Shelby Dee will sing many of Elvis’ most well-known hits including Burning Love, Suspicious Minds, and How Great Thou Art. An internet search of “Shelby Dee Elvis” results in several videos of Shelby’s performances. Shelby stated, “I do Elvis out of the respect and dignity that he deserves. I’ve been doing this since I was three years old and have been honored to sing and play with many of the outstanding performers that played with Elvis. No one can ever replace Elvis, but we as tribute artists can make sure that people never forget.”

Shelby, his wife Tonya, and their 5th-grade son Jacob moved to at Lake Thunderhead in May, after living in Milan for several years. They are enjoying getting to know people in Putnam County and Shelby says “I’m happy to help out the library.” Shelby, a veteran of the Navy, and Tonya both work in Milan.

Former resident and stand-up comedian Bryce Stanley has been performing at comedy venues for some time. He has entertained at Stanford & Sons, KC Improv, Comedy City, Loony Bin of Wichita, and the Blue Room Comedy Club in Springfield, as well as for corporate events and holiday parties. Bryce also co-founded the KC Comedy Festival. For several years, Bryce got big laughs at the Unionville Rotary Club Christmas party as Karl Kringle, “Kris’s older and less successful brother”. While not performing stand-up, Bryce manages two car washes in the Kansas City area.

Bryce’s act will be kid-friendly as his own children, Cooper and Parker, will be in the audience. Bryce stated, “I’m excited about the show; it will be fun. I’m pretty excited for the boys to see me perform.”

If parents attending the event don’t want to bring their children, the Putnam County R-I advertising class will be offering two movies at the school: “Hotel Transylvania” and “The Possession” for a nominal $5 fee.

Friends of the Library members and Rotarians will provide delicious homemade desserts and coffee during intermission.

Elvis & Bryce Live is an opportunity for persons to donate to the library project. An unoccupied building adjacent to the library was donated several months ago. Critical repairs to