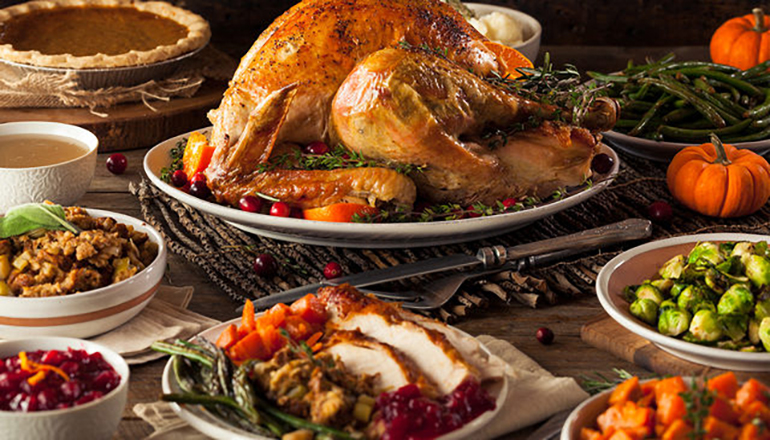 Due to COVID-19, many are choosing to celebrate Thanksgiving in smaller groups this year. That could mean a lot of people will be preparing a turkey and all the trimmings on their own for the first time.

“I remember the first time that I prepared a Thanksgiving dinner complete with turkey and all the side dishes by myself at my own house,” says Londa Nwadike, state extension food safety specialist with the University of Missouri and Kansas State University. “My mom and brothers were going to drive seven hours to Kansas City, so I felt like I better prepare them a proper Thanksgiving meal,” Nwadike says she checked and double-checked her own articles about food safety, which drew on information from USDA and other research-based sources.

“Don’t stress over preparing a Thanksgiving meal,” Nwadike says. “But be sure to use safe practices and plan ahead so that no one gets foodborne illness at your holiday gathering.”

To thaw in cold water, completely submerge the wrapped turkey, changing the water every 30 minutes so the outer layer of turkey won’t get warm enough to support microbial growth. This method requires about 30 minutes of thawing for every pound of turkey. Be sure to clean and sanitize the sink after removing the turkey.

Don’t rinse turkey and other meats before cooking. “That will only spread those germs around the sink, which can cross-contaminate other foods,” she says. “Any bacteria that might be rinsed off would be easily killed by cooking in the oven.”

Clean any surfaces that the raw turkey may have touched. As always, wash your hands thoroughly before and after preparing food. This can help to control COVID-19 as well as foodborne illness.

To cook the turkey, set the oven to 325 degrees. An 8- to 12-pound unstuffed turkey will take about 2 3/4 to three hours to cook. A stuffed turkey of the same size will take three to 3 1/2 hours, Nwadike says.

Use a food thermometer to determine if the turkey is safely cooked. Make sure the innermost parts of the thigh and wing and the thickest part of the breast have reached a minimum temperature of 165 degrees Fahrenheit. Be sure the thermometer is not touching bone, as the bone heats up faster than the meat.

To stuff or not to stuff

“Many people love to eat stuffing. Unfortunately, so do microorganisms,” Nwadike says.

The safest way to cook stuffing is outside the bird. If you do choose to stuff your turkey, stuff it loosely just before cooking, making sure the stuffing is moist. Like the turkey, stuffing should be cooked to at least 165 degrees.

Side dishes and desserts

Raw produce: Don’t chop foods that will be eaten raw on the same cutting boards you use for raw meats without washing the boards thoroughly between uses. If produce is not pre-rinsed, rinse carefully and scrub off any visible soil with a produce brush.

Pumpkin pie: Pumpkin pie, cheesecake, and other baked goods with fillings made of eggs and milk need to reach an internal temperature of at least 160 degrees when baking. Refrigerate after baking or purchasing.

Refrigerate the turkey (with meat removed from the carcass) and stuffing separately in shallow containers within two hours of cooking.

Leftover turkey will keep in the fridge for three to four days, but gravy and stuffing will only keep for one or two days. You can safely freeze leftovers, but use them within two to six months for the best quality. Reheat leftovers to 165 degrees.