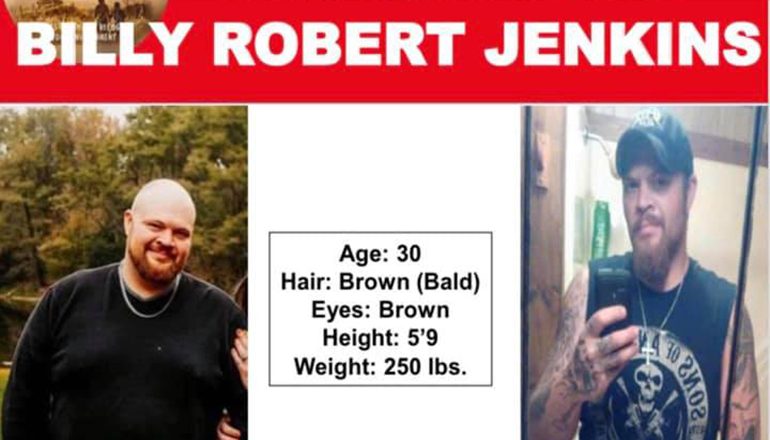 The Livingston County Sheriff’s Office is asking for assistance in locating a Wheeling man last seen at his residence Sunday, July 19th.

Billy Robert Jenkins is described as being 30 years old, having brown and balding hair, having brown eyes, being five-foot nine-inches tall, and weighing 250 pounds. He has a scar above his right eyebrow and several tattoos, including sleeve tattoos on each arm.

Jenkins’s clothing description at the time of his disappearance is unknown. He usually wears a hat.

Anyone with information on Billy Jenkins’s whereabouts is asked to contact the Livingston County Sheriff’s Office at 660-646-0515.