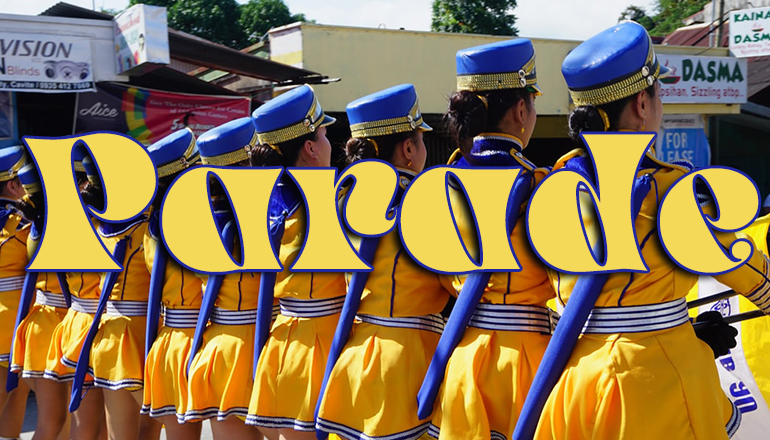 Twenty-four marching bands and other entries will be in the Missouri Day Parade in Trenton next week. The parade will start at the corner of Crowder Road and Main Street on October 16, 2021, at 8:30 a.m.

Parade Spokesperson Steve Maxey says the route will go south to Ninth Street, turn east and continue to Bulldog Avenue.  Marching bands will depart at Normal Street because they will go on to further competition for the Missouri Day Marching Festival at Trenton High School and C. F. Russell Stadium. The color guard and auxiliary competition begins at 10 o’clock.

Maxey says entries will line up before the parade on Crowder Road, adjoining side streets, and North Main. Participants will be contacted by phone or electronically next week with their parade numbers.

Marching Festival Spokesperson Phillip Ray says bands participating in the parade part of the competition will stage behind Cross Hall. Larger schools will unload on the east side of the Ketcham Community Center and stage in that area. Buses can drop off students and head to the THS campus.

Ray explains a band should start in the parade about every four minutes.

Maxey says special guests in the parade will meet at the Farmers Bank of Northern Missouri and are assigned a driver. They will caravan up to Chestnut Street and be inserted into the parade lineup. Special guests include Miss Missouri Callie Cox of Mexico, Missouri as well as area homecoming queens, barnwarming kings and queens, fair royalty, and state legislators.

Maxey reports more than $1,500 in prize money will be awarded to parade entries, which is the most ever offered. Most entries receiving prizes will get $100 or $50 cash. That is made possible by businesses and individuals who donated.

Maxey says an anonymous donor contributed a $500 cash prize to what judges select as their favorite marching band. The parade spokesperson notes the prize is not affiliated with the official marching festival judging, and the winner will be determined strictly by parade judges.

Ray comments that the marching band traveling the farthest is from Pleasant Hope, which he describes as a small community between Springfield and Bolivar.

Bands in the parade will represent Class 1 through 4. Larger bands will participate in other events.

Maxey says anyone with a convertible or pickup truck willing to have it used in the Missouri Day Parade on October 16, 2021, for special guests is asked to contact a Trenton Rotary Club member.

There is no fee for general entries. Political entries will cost $25. Entries can sign up on the Trenton Area Chamber of Commerce website by going to the Missouri Day Festival tab and clicking on Parade Information.

Maxey adds that candy or other items are not allowed to be thrown from parade entries. Participants who are walking can distribute candy.