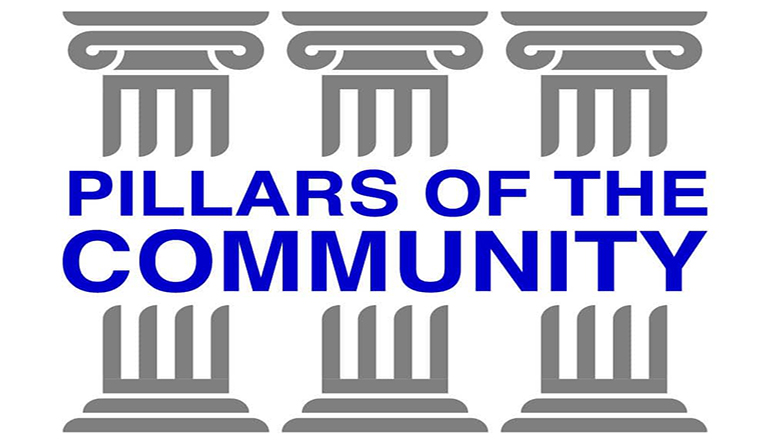 BTC Bank and Mid-States Services received awards for Businesses of the Year at the Trenton Area Chamber of Commerce Annual Banquet on March 18th. The Green Hills Animal Shelter was also recognized as the Organization of the Year.

Chamber Board Member Andy Cox presented the awards to the Businesses of the Year. He said the primary focus for BTC Bank was education. The bank established the Youth Benefit Corporation in 2012 to raise funds for activities involving youth.

Cox noted the main fundraising event for the corporation is a golf tournament, which is to be in Trenton this year. BTC Bank employees and customers and anyone interested in the Youth Benefit Corporation’s mission also provide funding.

Cox said Mid-States Services’ fiber broadband project has made a big impact on Trenton and the surrounding area. The project began within the Trenton city limits in November 2017.

Mid-States Services is a subsidiary of Grundy Electric Cooperative.

Cox noted Mid-States expanded the project to include the rural area around Trenton and began another fiber broadband project that includes Gallatin.

GEC General Manager Scott Wilson said the employees made the project what it is.

Trenton Area Chamber of Commerce Board Member Tara Walker presented the Organization of the Year award. She said the Green Hills Animal Shelter holds as many as 25 dogs and 12 cats at one time, and it is a no-kill shelter.

Walker mentioned that most of the animals were brought into the shelter by Trenton, which contracts with the shelter and pays $18 per day for the first five days to help with housing expenses. Then the shelter assumes financial responsibility until the animals are adopted.

The shelter also has a contract with Milan and community donations and fundraisers provide financial support for the shelter.

Tim Michael with the Green Hills Animal Shelter recognized two women who serve at the shelter.

The Trenton Area Chamber of Commerce recognized Pat Hauck-McWilliams and Ed Holt as Pillars of the Community at the chamber’s annual banquet on March 18th. Chamber Board Member Cindy Roy presented the awards.

Roy said Pat Hauck-McWilliams’s background involved being a Girl Scout leader and helping with the Boy Scouts with her husband Phil Hauck. Roy noted Hauck-McWilliams had a “strong pull to education.”

Hauck-McWilliams was the first president of the Parent-Teacher Association for the combined elementary schools in Trenton. She also helped organize the Children’s Library at the Grundy County Jewett Norris Library.

Roy said Hauck-McWilliams continues to provide monetary support to community education endeavors, has helped with the Church Women United, and has served in the city government and other groups.

Hauck-McWilliams commented that, many years ago, her husband Phil said as long as someone lives, that person serves.

Roy said Ed Holt has volunteered and served Trenton in many capacities. He was a member of the city council under three mayors, helped with the Park Department, took on coaching responsibilities when his children were involved in sports and was a member of the first Missouri Day Festival Committee.

Holt also spent 26 years as a member of the barbershop quartet the Four Dimensions. Roy commented that the group performed at many events in Trenton.

Holt said that as he looked out, he saw pillars “all around.”

March 18th’s Trenton Area Chamber of Commerce Annual Banquet also included the presentation of awards to two Businesses of the Year and an Organization of the Year.