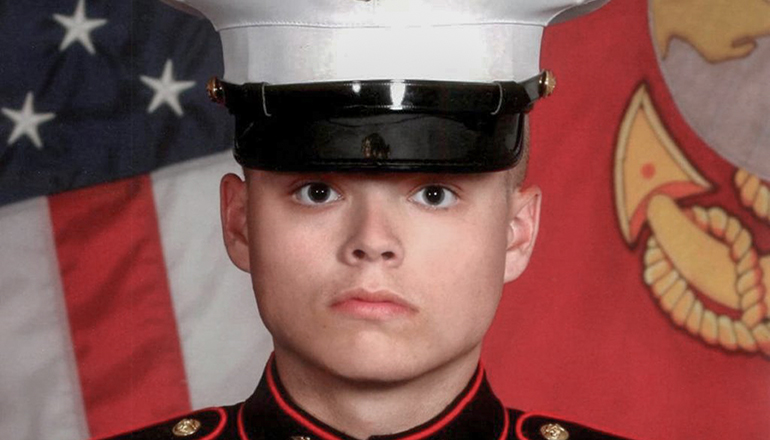 The body of a Missouri Marine killed in Afghanistan came home to the U.S. on Sunday.

It was a somber and silent ceremony as President Biden, First Lady Dr. Jill Biden, Defense Secretary Lloyd Austin, and others witnesses the dignified transfer at Dover Air Force Base of 13 service members killed in Afghanistan

Among them, 20-year-old Marine Lance Corporal Jared Schmitz of Wentzville, who died in a bombing by the Islamic State group, an enemy of both the Taliban and western Allies. He was assisting in the evacuation of Americans and Afghani allies at the airport in Kabul on Thursday, Aug. 26th.

The transfer is the arrival of soldiers remains as top military leaders honor them, and then they will be buried as their families wish.