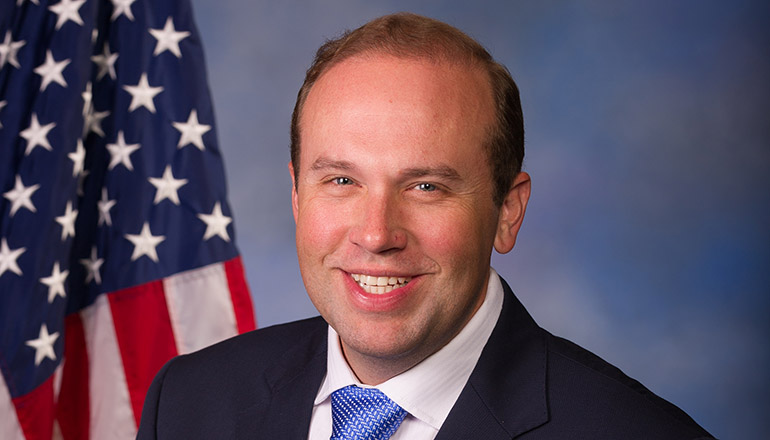 A southern Missouri congressman who serves as the ranking Republican on the House Budget Committee says he’s considering a run for the U-S Senate in 2022. Salem Congressman Jason Smith spoke to Missourinet Monday (last) evening in Jefferson City, outside the Statehouse:

Smith emphasizes that he hasn’t made a decision yet:

Smith, who’s served in Congress since 2013, was re-elected in November with 77 percent of the vote. His district includes Cape Girardeau, Farmington, Poplar Bluff, and Portageville. Congressman Smith was in Jefferson City on Monday, meeting with Governor Parson about the issue of feral hogs.

Smith and 70 other congressional Republicans have signed a letter, calling for an investigation into the suspension of the southern border wall construction saying President Biden’s decision has fueled a crisis at the border:

President Biden issued a January 20th proclamation, saying that building a massive wall that spans the entire southern border “is not a serious policy solution.” President Biden described it as a waste of money that diverts attention from genuine threats to our homeland security.