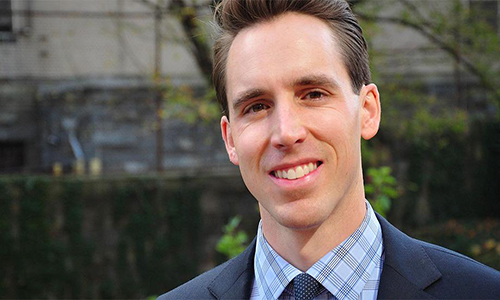 Missouri’s junior senator says the $9.9 million the state will be receiving shortly in coronavirus funding will go to the front lines. U.S. Sen. Josh Hawley (R) says the money will go to state and local health officials.

“They’re really the ones both in our state and across the country, it’s local and state health officials who are at the front lines of fighting this virus,” Hawley says.

State Department of Health and Senior Services (DHSS) Director Dr. Randall Williams testified this week before a joint legislative committee in Jefferson City, saying DHSS is developing guidelines about how the money will be spent.

DHSS has now tested 65 people for coronavirus: 64 patients have tested negative and the Centers for Disease Control (CDC) has now confirmed that one patient has tested positive. That case involves a college student who’s from the St. Louis suburb of Ladue.

DHSS has established a statewide public hotline for Missouri citizens or providers who need guidance or information about coronavirus. The number is 1-877-435-8411 and is operated by medical professionals 24 hours a day, seven days a week.

Click here to listen to the full four-minute interview between Missourinet’s Brian Hauswirth and U.S. Sen. Josh Hawley, which was recorded on March 11, 2020: