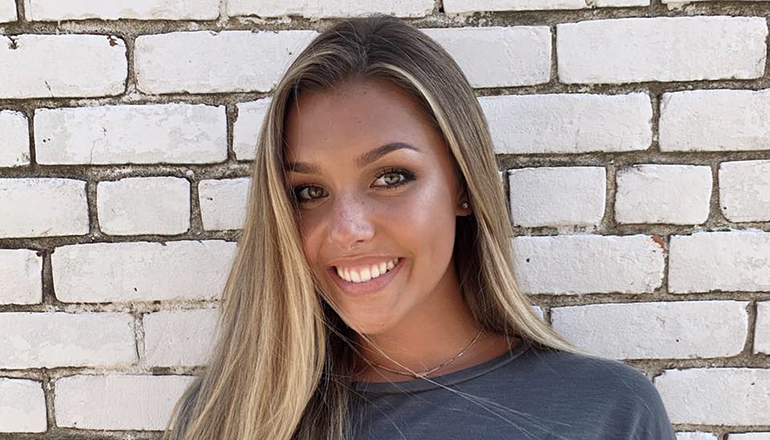 A Trenton resident who played multiple sports in high school will be the opening act at the Leadership Northwest Music Jam the night of September 25th. Salem Croy will open for county singer-songwriter Sunny Sweeney at the fundraiser for Leadership Northwest Missouri, which will be at the Black Silo Winery of Trenton. Doors will open for the outdoor event at 6 o’clock, and Croy will perform at 8 o’clock.

You can listen to Salem sing her song “Drive” below, courtesy of her YouTube channel.

Croy says she started singing when she was about eight years old. She used to sing the National Anthem at North Central Missouri College games because her mother, Jennifer Croy, is the women’s basketball coach there. Her father, Wes Croy, has also coached football at Trenton High School.

Salem Croy explains sports “took over” when she got to high school, and music got “put on the back burner.” She, however, was a member of THS’s Gold Rush. She thinks being in that choir helped her because she was able to perform in front of crowds.

After graduating from high school in 2019, she dedicated more time to music and auditioned for the NBC show The Voice.

Croy describes her music as country. Her time in Trenton is reflected in her music, specifically in her original song “Drive.”

She wrote “Drive” after graduating from high school when she was sitting on the porch one night.

Croy’s aunt, Jill Watson, got Croy recording studio time in Branson for graduation where she was able to record “Drive.” Croy sent an MP3 of the song to area radio stations.

She plans to sing that song at the Leadership Northwest Music Jam on September 25th as well as four other songs.

She says it is “amazing” to open for Sunny Sweeney. Croy considers it to be an honor that she was thought of to perform as the opening act, and it is a good opportunity. She notes it will be the first live performance she has had in front of a big crowd that was not the National Anthem.

To prepare, Croy has spent a lot of time singing in front of family and neighbors.

Croy had not heard a lot of Sweeney’s music before learning Sweeney would be the main act on September 25th. Croy says she did some research, listened to Sweeney’s music, and is now excited to hear the country singer. Once Croy is done singing at the concert, she plans to join the crowd to listen to Sweeney. She will also meet Sweeney that night.

Performing at a concert like the one this weekend was a goal of Croy’s, but she did not think she would get to do it so young. She thinks one of the best parts is getting to perform locally.

Croy is majoring in business management at Northwest Missouri State University of Maryville with an emphasis in finance.

She hopes a lot of people attend the Leadership Northwest Music Jam on September 25th.

Tickets cost $20 if purchased through Eventbrite. A link to buy tickets is available on the event’s Facebook page. Tickets will cost $25 at the door.