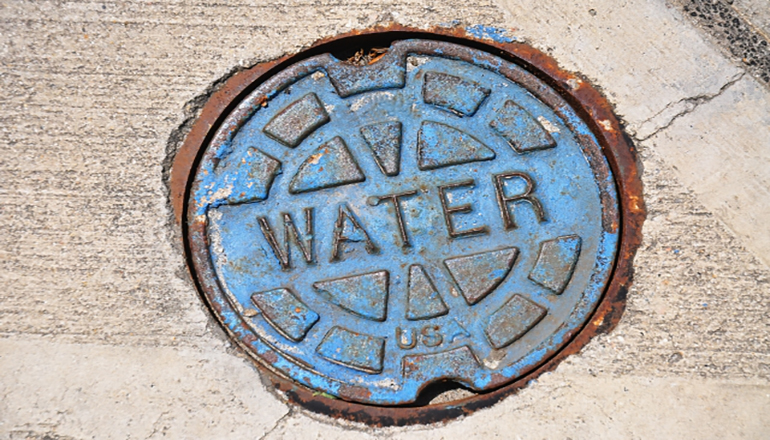 Trenton Municipal Utilities is in the process of changing out water meters for customers.

City Administrator and Utility Director Ron Urton explains water meters have about a 15 to 20-year lifespan, and Trenton has a lot of water meters at the end of their life.

The city is updating the meters and putting on an electronic device that allows TMU to read water meters from its office.

Urton says there are a lot of advantages to the update. One is that it is easier to tell if there might be a water leak.

He explains it used to be standard practice to put water meters in basements, and once a month someone would go into basements to read the meters manually.

Urton comments it is easier for TMU crews if meters are in front yards in a pit.

He says TMU needs to get into homes, at the convenience of homeowners, to change out meters if the meters are inside. Crews have been leaving door hangers and will send out letters if they need to get inside to change meters.

If everything goes correctly, Urton says the process to change a meter only takes about five minutes.

Urton states an alternative if TMU cannot get into a basement is to install a water meter in a pit in the front yard. This would involve digging up a yard, and the cost would be associated with the property owner or whoever has the meter in his or her name. He adds that the city wants to avoid that.

Urton acknowledges that not too many residents have denied TMU access into their basements. He says the city had not had response back from about 50 to 75 homes where door hangers have been left, as of November 7th.

Anyone with questions about changing out water meters can contact TMU. Information on how to do that is on the door hangers.

Department of Natural Resources approval was given on a permit to make modifications at the Trenton water plant, and the city is getting ready to advertise for bids.

He explains the plant pumps water from the Thompson River to its reservoirs near the Charlie Dye Bridge on the east end and north side of a brick building.

Urton says in the last couple of years, a pipe in the river pump station developed a bad leak, and it was difficult to work on the pipe. The city was able to continue because it had a lot of water in the reservoir, and the city came up with a temporary fix on that pipe.

Urton says two big basins at the water plant where chemicals are mixed in with raw water to start the purification and cleaning process are 50 years old. Most of the equipment inside of them is also 50 years old.

He notes water and cold temperatures have caused the concrete to deteriorate on the top of the basins about two or three feet. He describes part of the internal mechanisms as old and rusted and says they need to be replaced.

Trenton Municipal Utilities has a clarifier modification project and hopes to advertise for bids next week. Urton says a rough estimate on the project’s cost is $1.7 million.

He hopes work will start in the late spring or summer next year.

The reservoir pump station is under contract now for about $399,000. Urton reports work was expected to start on that project this week.

He says once those projects are under construction, design will begin on the river pump station, which he calls the last step to get old equipment replaced.

Urton mentions that Trenton had to borrow money for the projects.

The ARPA money is through the state, and it is competitive, which means a lot of entities applied for funds.

Trenton had to send in its application by mid-October. As of November 7th, the city had not heard back on if it had been selected.

Trenton City Administrator and Utility Director Ron Urton reports the Environmental Protection Agency has mandated that by October 2024 Trenton Municipal Utilities has to have an inventory of what type of material every service line is for its customers.

If TMU does not know by then, it can indicate it is unknown what kind of material a pipe is. However, he notes the EPA will consider it as a lead service line until TMU shows otherwise.

Urton says TMU will reach out to residents in the next year and ask them to check their lines.

This EPA mandate is unfunded by the government and has to be done at the city’s expense, as far as TMU knows.

Urton says TMU has to do the identification and spend manpower.

If crews cannot easily get information, they will have to dig holes in yards or at the edge of streets to determine what kind of service lines there are.

When TMU has the information, it will send a list of service lines to the EPA.