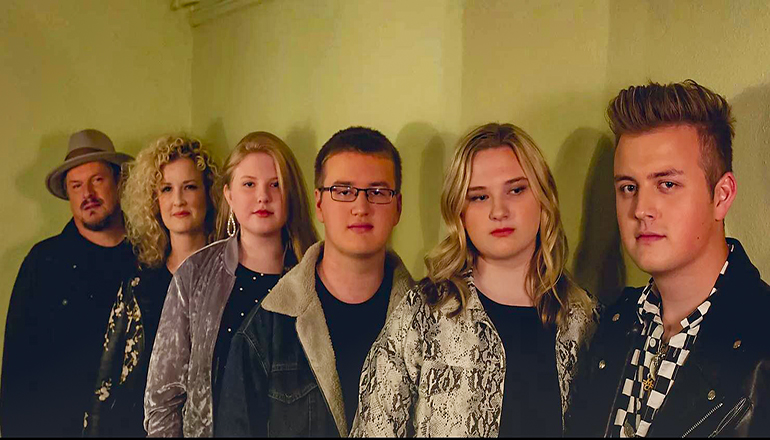 The family band Rockland Road will perform at Chillicothe in one weekend next month.

The Chillicothe Area Arts Council will host the group, previously known as the Martin Family Circus, at the Event at Locust and Ann at the Cultural Corner Art Guild the evening of February 8th. The doors will open at 6 o’clock, and the group will play at 7 o’clock. Admission will be $25.00 per person or $150 for a table of eight.

The band will play at an Arts Council Season Show at the Gary Dickinson Performing Arts Center on the afternoon of February 9th. The box office and doors will open at 2 o’clock, and the show will start at 3 o’clock. Admission will be $20.00 for adults, $10.00 for students in kindergarten through college, and free for season ticket holders with their tickets.

Rockland Road member Paul Martin explains how the band got its former name of the Martin Family Circus.

Jamie is Paul Martin’s wife, and he says it was decided to change the group’s name because it seemed to confuse people, especially when arriving at fairs to perform. The members renamed the band Rockland Road for several reasons.