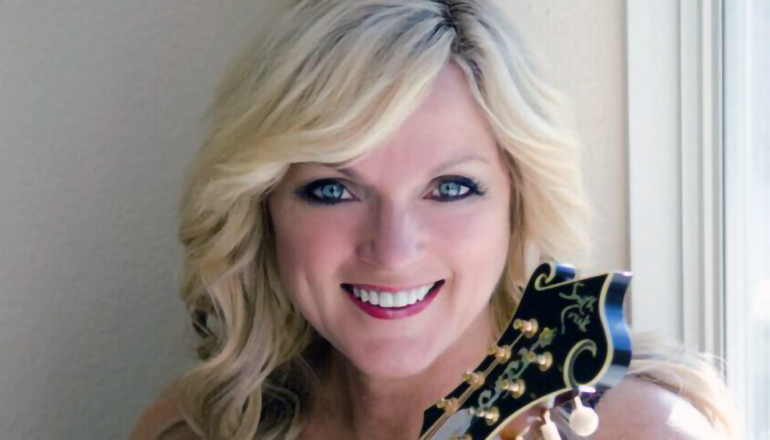 Grammy Award-winning bluegrass singer-songwriter Rhonda Vincent and her band The Rage will perform at the Trenton High School Performing Arts Center on October 6, 2021. The performance will benefit the Dream Factory of Northwest Missouri. Doors will open for the concert at 6 p.m., and the show will start at 7 p.m.

Vincent says she and her band have the audience sing along with their songs.

Vincent says she and her band do not use a setlist, but rather, perform songs people want to hear.

Vincent will be available to sign autographs after October 6th’s concert as well as at the Trenton Hy-Vee from 3 to 4 o’clock in the afternoon. She says there will be CDs and other merchandise for sale.

Vincent, also says she is a friend of Ron Dougan, and Dougan organized the concert as a benefit for the Dream Factory. She says Dougan told her it was his dream to have Rhonda Vincent and The Rage perform in Trenton.

Vincent has performed before in Trenton and at concerts in the area. She has also performed at other benefit concerts.

She says she likes to tour and be on the road. She and her band took some time off from touring during the pandemic, but they have been back on a regular schedule since about August.

Vincent also likes to perform at the Grand Ole Opry, and she says performing there is like nothing else. She was inducted into the Grand Ole Opry in February this year almost a year after being invited by Jeannie Seely. She calls her induction “a dream come true.”

Tickets for the October 6 concert can be purchased beforehand for $25.00 from the Ron Dougan Insurance office, Trenton Downtown Improvement Office, or Hy-Vee Customer Service Desk. If tickets are still available at the door, they will cost $30.00.