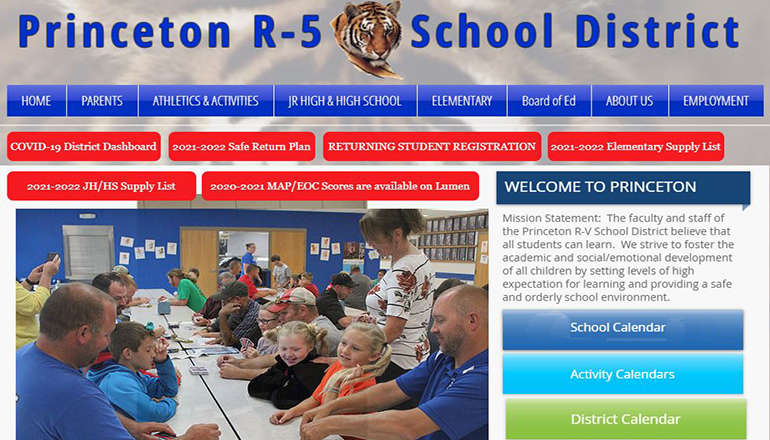 The Princeton R-5 Board of Education on March 14th voted six to one to remain in the Grand River Conference East and to continue to play 11-man football. Board Member Marcie Davis voted no.

The athletic director, head football coach, and superintendent brought information to the school board and community. Princeton R-5 spent about three months evaluating the situation.

Girdner says Princeton R-5 communicated through its Facebook page and had a meeting that was open to the community. He notes there was a lot of feedback with pros and cons about the potential change, including at March 14th’s board meeting.

Girdner reports the board will reevaluate participation and numbers annually. He comments that the board always has to be able to adapt and make changes as necessary.

The board approved the handbook for FFA trap shooting. The activity will begin in the 2022-2023 school year.

A letter of intent was approved for the United States Department of Agriculture grant to fund a portion of an electric school bus. Princeton R-5 has received four grants to be applied towards the purchase. This month, initial approval for $145,000 from the USDA was approved. Last month, the district received initial approval from the Department of Natural Resources for $200,000.

The board will go out to bid for repairs to the high school exterior brick. The brick walls show evidence of movement and deterioration with mortar deterioration. The work will be scheduled to be completed over the summer.

The board will collect proposals for bank depository services to begin July 1st.

It was announced prom will be April 30th. Awards and baccalaureate will be at the First Christian Church May 4th at 6:30 in the evening. Graduation will be May 6th at 7 o’clock at night.

After a closed session, it was announced the board approved the resignation of extra duty for the National Honor Society and prom from Heather Hall. Junior High/High School Teacher Dave McCumber’s resignation was also approved.

All probationary teaching contracts were approved.

A contract was approved for the 2022-2023 school year to Junior High/High School Teacher Louis O’Brien.

A 10 and a half-month contract was approved for the position of special education director.

School administrator raises were approved for the high school principal at 4.6% and the superintendent at 4.3%.