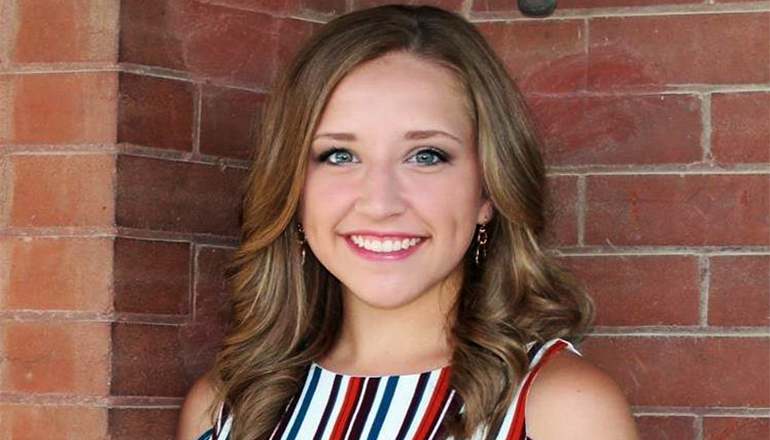 This years’ Missouri State Fair queen is from Sullivan County.

Natalie Ayers of Green City was crowned last night during a ceremony at the Mathewson Exhibition Center on the state fairgrounds in Sedalia.

Courtesy of the Missouri State Fair Facebook page and its video sponsor, here’s the announcement.

Natalie Ayers qualified for the contest by being selected as Sullivan County Fair Queen in early July at Milan. She graduated Green City high school in 2016 and attends M-U majoring in science and ag journalism.

In April, Miss Ayers concluded her duties as Area Three Vice President of the Missouri FFA Association. One duty was to host an interview on the FFA’s Living to Serve Network which KTTN aired during the school year.

Natalie Ayers of Green City was in Trenton last week attending the North Central Missouri Fair and showing market hogs on Wednesday. She also was interviewed then at the KTTN booth on the fairgrounds. That conversation included what she called her “dream” to become Missouri State Fair Queen.

Among other competing at the state fair queen contest was Claire Stuedle of Cameron who represented the North Central Missouri Fair of Trenton.