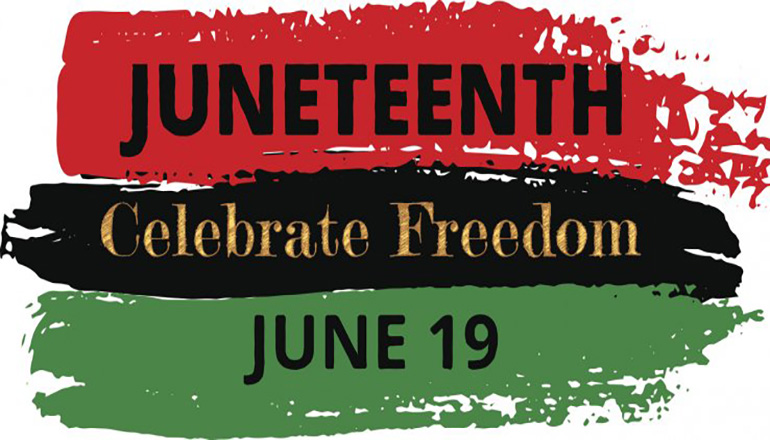 Juneteenth is the oldest nationally celebrated commemoration of the ending of slavery in the United States.

From its Galveston, Texas origin in 1865, the observance of June 19th as the African American Emancipation Day has spread across the United States and beyond.

St. Louis County has made Juneteenth a holiday. The observance on June 19th marks the anniversary and the end of slavery in the United States. This action comes after St. Louis County Executive Sam Page closed county offices last year in observance of Juneteenth. promising to ask the Civil Service Commission to make it a standing holiday.

President Abraham Lincoln’s Emancipation Proclamation had officially outlawed slavery in Texas and the other states in rebellion against the Union almost two and a half years earlier. Enforcement of the Proclamation generally relied on the advance of Union troops. Texas being the most remote of the slave states had a low presence of Union troops as the American Civil War ended; thus enforcement there had been slow and inconsistent before Granger’s announcement.  Although Juneteenth generally celebrates the end of slavery in the United States, it was still legal and practiced in two Union border states (Delaware and Kentucky) until later that year when ratification of the Thirteenth Amendment to the Constitution abolished chattel slavery nationwide in December.

Today Juneteenth commemorates African American freedom and emphasizes education and achievement. It is a day, a week, and in some areas a month marked with celebrations, guest speakers, picnics, and family gatherings. It is a time for reflection and rejoicing. It is a time for assessment, self-improvement, and for planning the future. Its growing popularity signifies a level of maturity and dignity in America long overdue.

In cities across the country, people of all races, nationalities, and religions are joining hands to truthfully acknowledge a period in our history that shaped and continues to influence our society today. Sensitized to the conditions and experiences of others, only then can people make significant and lasting improvements in society.