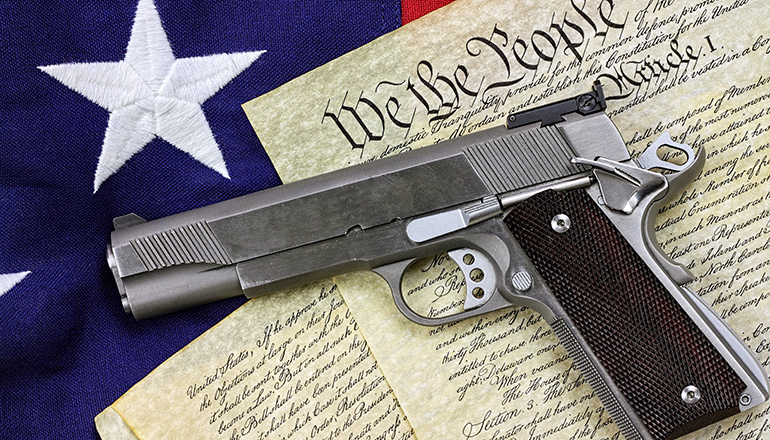 Legislation that declares it’s the duty of the courts and law enforcement agencies to protect the rights of law-abiding citizens to keep and bear arms has been signed into law by Missouri’s governor. GOP Governor Mike Parson signed the Second Amendment Preservation Act (SAPA) Saturday in Lee’s Summit, where he was joined by the bill sponsor, Battlefield State Senator Eric Burlison:

Senator Burlison says SAPA does not try to prevent the federal government from enforcing federal gun laws in Missouri. House Democratic Leader Crystal Quade of Springfield is blasting the bill, saying Governor Parson is rewarding criminals and punishing police by signing it.

A southwest Missouri state lawmaker who sponsored the Second Amendment Preservation Act (SAPA) credits the grassroots for passing the bill. Nixa GOP State Representative Jered Taylor traveled to Lee’s Summit this weekend for the governor’s bill-signing ceremony, telling the audience that SAPA would NOT have passed if left to legislators:

The governor signed the bill at Frontier Justice. SAPA declares as invalid all federal laws that infringe on the right to bear arms under the Second Amendment. House Democratic Leader Crystal Quade blasts SAPA, saying “it quite literally defunds the police and gives that taxpayer money to convicted criminals.”