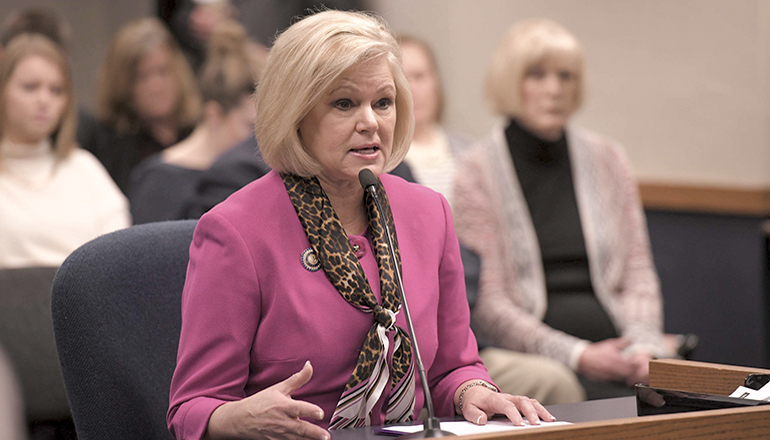 Bipartisan legislation that aims to modernize Missouri’s foster care system and provides Medicaid coverage to homeless children was signed into law Monday by the governor in Jefferson City.

State Rep. Sheila Solon, R-St. Joseph, who chairs the House Children and Families Committee, says it’s one of the most important bills she’s passed in her eight years in Jefferson City. She’s leaving the House in December, due to term limits.

The Missouri Department of Social Services (DSS) says there were 14,043 foster care children in Missouri as of May.

Solon’s bill aims to reform Missouri’s foster care system, by requiring the creation of a response team that will review the practices of the state Children’s Division and any contractors. The Children’s Division, which is part of DSS, is responsible for the administration of child welfare services.

Chairwoman Solon tells Missourinet that the response team is a key component of her bill.

“Some of the shortcomings, and not just our foster care system here in Missouri but all across the country is a lack of transparency, a lack of sharing data, and the lack of sharing information when it comes to foster children,” says Solon.

Under House Bill 1414, the new response team must meet for the first time before January 1, 2021.

Solon says her legislation improves transparency in the foster care system and ensures that it remains focused on the best interests of each child.

Missouri’s homeless youth will be covered by Medicaid and will have access to a free birth certificate, under the 58-page bill.

“Those two provisions, believe it or not, were not as difficult as the third provision, which allows homeless youth to contract for mental health services,” Solon says.

The bill also ensures that foster parents have access to full medical records of a child placed with them, at the time of placement.

The Missouri House approved the legislation by a bipartisan 144-3 vote. Solon credits State Sen. David Sater, R-Cassville, for getting the bill through the Senate, where it also had bipartisan support.

“The passage of this bill is the work of passionate policymakers and it will positively impact children of all ages,” Stevenson says, in a statement.

The new law will take effect on August 28.

Click below to listen to Brian Hauswirth’s full interview with State Rep. Sheila Solon, R-St. Joseph, which was recorded on July 13, 2020: