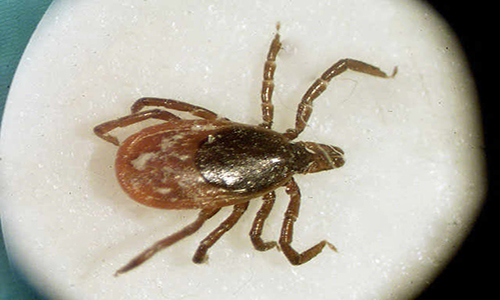 A study is underway in Missouri to find out which species of ticks are present here, to better identify the bacterial pathogens they carry. Matt Combes with the Missouri Conservation Department says half of the counties have no information that can be verified. Ticks gathered this summer and next will be tested for bacterial pathogens that cause human illnesses like ehrlichiosis and tularemia.

Usually, doctors prescribe an antibiotic for flu-like symptoms in the summer that could very likely be a tickborne disease. Blood tests are often not taken because they take time and can be expensive.

Deb Hudman with A.T. Still University, who is involved with the study, says Missouri is the leading state for a tickborne illness called ehrlichiosis. She says the top way to avoid ticks is to spray clothing with the chemical permethrin.

Her previous research in northeastern Missouri Adair County found 99-percent of people surveyed had experienced ticks attached to them and 38-percent had developed symptoms. Their diagnoses did not often match up with the bacterial pathogens she was finding in ticks.