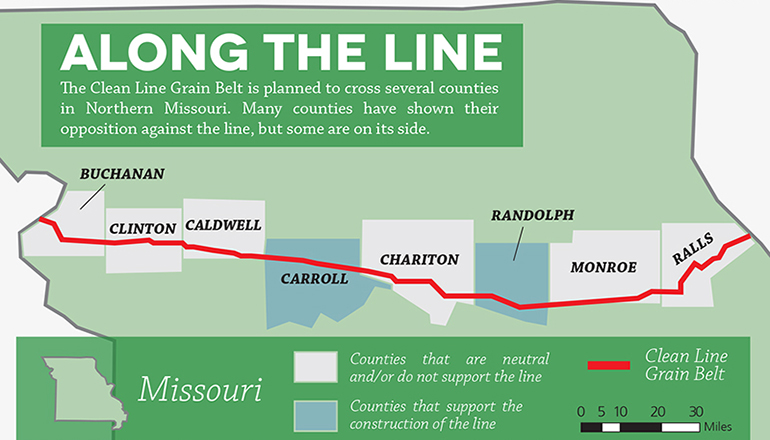 The Grain Belt Express is again bringing out passionate arguments at the statehouse.

Republican Representative Mike Haffner’s bill makes it more difficult for the electricity transmission project to traverse Missouri.  The measure would require county commissions’ approval before the line can cross that county.  It’s another effort to keep Invenergy from using its public service commission-granted eminent domain power.

At a crowded judiciary hearing Wednesday, arguments were made for and against the power lines. Ralls County Presiding Commissioner Wiley Hibbard says passing the bill could be the only way to stop the project.

No action was taken on the bill but the debate will continue.