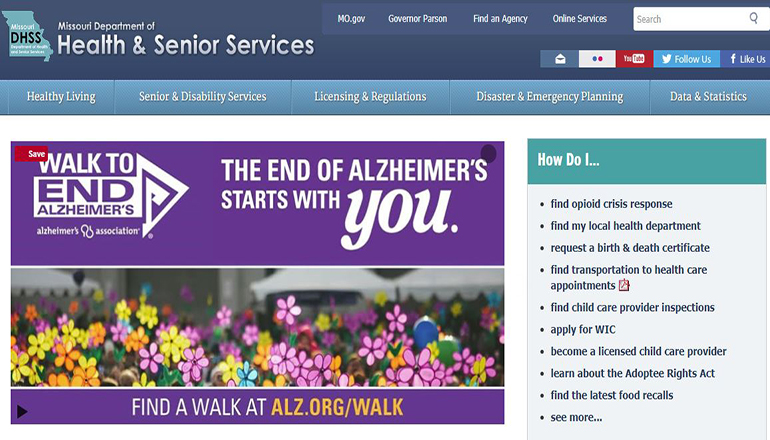 The Department of Health and Senior Services issued a generic news release Friday noting the breach occurred sometime before September 30th. But the agency also says the state discovered the situation on August 30th, a month earlier, and took action to secure the information.

The type of personal information breached includes names, dates of birth, identification numbers issued by some State agencies and a limited number of social security numbers. The Department claims an information technology contractor for the state improperly retained the information and then allowed it to be stored in an electronic file that was not password protected.

It says it has no reason to believe that the information was viewed or used by anyone intending harm. The Department says it has referred the matter the appropriate legal authority to investigate for possible legal action.