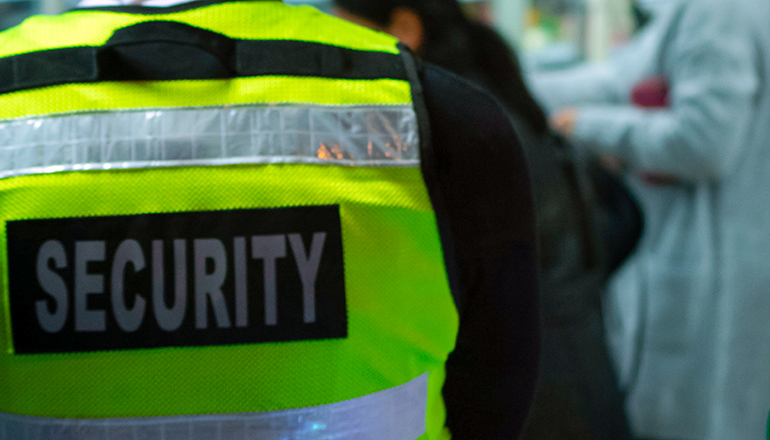 The Missouri Capitol has extra law enforcement keeping an eye on the building after reports of possible “armed protests” at all 50 state capitols and the U.S. Capitol. The increased presence follows an FBI warning of threats of an “uprising” in the days leading up to the January 20 inauguration of President-Elect Joe Biden.

“We’re quite aware of what’s going on there,” said Parson. “I think our state is a little different, compared to a lot of other states where you are seeing maybe some of these issues coming.”

“One of the things that we are, you know, being made aware of from law enforcement agencies on a daily basis is that, while we know right now we are under increased threat, they don’t see it ceasing in the near future. But I think what is important for us to remember, gentlemen, is that we may never know when an event happens. Right now we are getting tips and we’re being tipped off to holes within our system, but emergency preparation is what saves lives and we are finding that we are not prepared and that is terrifying I think for most of us. We’ve got to figure out a way to address it,” says Ingle.

Majority Floor Leader Dean Plocher, R-St. Louis County, says the Capitol Police team does not have the ability to respond in the event of a hostile takeover or most other emergencies.

“I think it’s incumbent upon us if it’s not going to be provided for us, to provide security – essentially crafting our own method of security. We’re trying to work with the executive branch and that has occurred over several years,” says Plocher. “When the executive branch is on the third floor, I feel quite safe. But when the executive branch is not on the third floor, we kind of are left in the dark. We don’t have the resources. We haven’t crafted a game plan, if you will, to address some things. Fortunately, Missourians haven’t tried to take such actions into their own hands. But I think it’s something we need to look into.”

The executive branch is another term to refer to the governor.

Rep. Ron Hicks, R-Defiance, has been working for years to update security plans. He says the Legislature needs to come up with a bipartisan approach to address the gaps.

“We’re all sitting on this floor right now discussing this together and we’re going to do a little bit more of this in a little while – for one reason and one reason only. This is the one thing we are all on the same team on. I know my wife wants me to come,” says Hicks. “We are trying to build up security in the building. Our Capitol Police – they are a 34-unit team. They try to do their best that they can. But they are 34 members that do not have the equipment or the updated equipment they need to do what needs to be done.”

Hicks says lawmakers should think about some of their most vulnerable constituents – children.

“What would happen if an incident did occur and you have a hallway filled with children outside your office that you’re speaking to. Would you know what to do? Let’s just say a tornado is hitting,” says Hicks. “Would you know where to take them? I may not be someone with a weapon. It could literally be someone having a heart attack right here on the House floor.”

Photo by Rayner Simpson on Unsplash