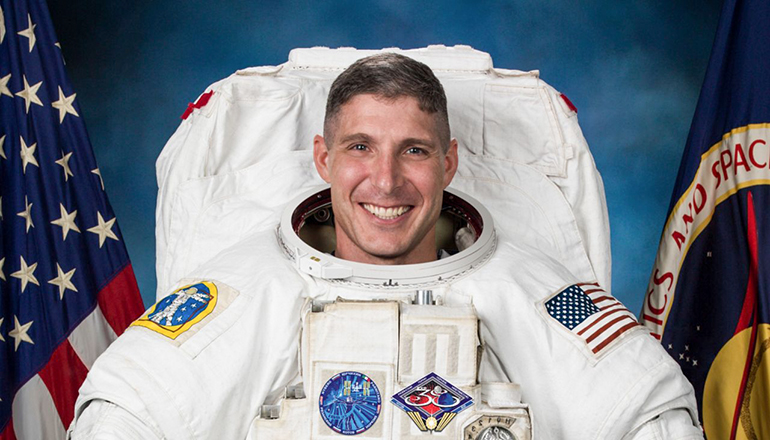 During a press conference, Hopkins says the mission could not have gone any better.

Hopkins has completed five spacewalks as an astronaut and has family in southern Missouri’s Richland and in the Lake of the Ozarks area.

Hopkins was selected by NASA as an astronaut in 2009. The Missouri native most recently served as Commander on the Crew-1 SpaceX Crew Dragon, named Resilience, which landed on May 2, 2021. It was the first post-certification mission of SpaceX’s Crew Dragon spacecraft – the second crewed flight for that vehicle – and his second long-duration mission aboard the International Space Station. He also served as Flight Engineer on the International Space Station for Expedition 64.

Hopkins participated in five spacewalks and spent a total of 168 days in space. The crew broke the American crewed spacecraft mission duration record set by the final Skylab crew in 1974 as well as having the first night splashdown of a U.S. spacecraft since Apollo 8 in 1968.

Born in Lebanon, Missouri, he grew up on a farm outside Richland, Missouri and is married to the former Julie Stutz of Peoria, Illinois.  They have two sons.  Recreational interests include backpacking, camping, snow skiing, weight lifting, running, hockey and football.  His mother, Barbara Duffy, resides in Camdenton, Missouri, and his stepfather, Dennis Duffy, is deceased. His father, Ogle Hopkins, is deceased, and his stepmother, Paula Hertwig Hopkins, resides on the farm outside Richland, Missouri.