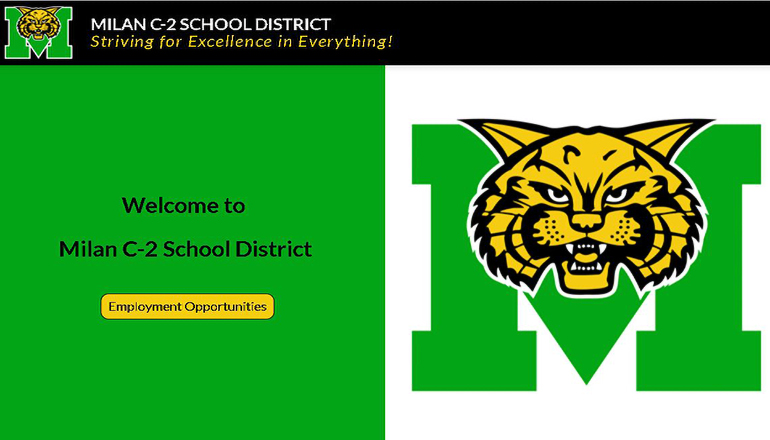 Milan C-2 Superintendent Ben Yocom says the school district’s building project is behind but “going well” with “all things considered.” He expects the gym to be finished by the beginning of February.

It will not be done by the start of the Milan basketball tournament on January 11th.

Students have been in the new cafeteria since the fall.

The new library/media center has been open since school started as well as the renovated elementary school.

Yocom reports a weight training room and a technology suite were added and were not part of the original timeline.

He hopes for the weight room and tech suite to be complete in the spring.

The Milan C-2 building project began in the fall of 2019 after voters approved a 35-cent operating levy increase in April 2019. The levy will pay for half of a 20-year loan taken out to complete the project. The other half will come from traditional project revenue. The original proposed cost of the project was $4.4 million.

Yocom explains the district is at the end of the first phase of a long-range master plan that began in 2016. The first phase had renovation and new construction components.

Yocom reports the second phase is to begin in 2022 and will include renovations to the elementary building’s kindergarten through the second-grade wing.

He notes that due to property acquisitions in the past eight months, Milan C-2 is in a position for if and when the time comes, it could move north with an additional comprehensive high school in the next seven to 10 years.

Yocom comments that it has been a stressful but fulfilling process. Seeing student reactions to the cafeteria and library makes the work worth it.