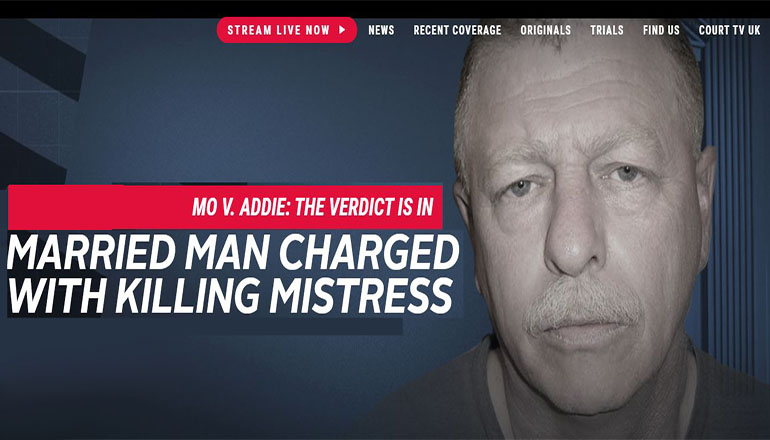 A jury in mid-Missouri’s Cole County deliberated for more than two hours on Thursday before returning guilty verdicts against a northern Missouri man charged in the 2018 death of his secret fiance.

54-year-old James Addie has been convicted of first-degree murder and armed criminal action for the April 2018 death of Molly Watson, his fiance. Addie and Watson both worked at the Moberly Correctional Center.

Watson was shot once in the back in the head, at contact range. Her body was found on a dusty road in a remote part of northeast Missouri’s Monroe County.

Prosecutors say Addie killed his mistress to hide his affair from his wife of 22 years. His ex-wife testified for the prosecution this week.

The high-profile trial is being broadcast live nationwide on Court TV. The case was moved from Monroe County to Jefferson City on a change of venue.

Missouri assistant attorney general Katharine Dolin handled the case for the prosecution, and the defense attorney is T.J. Kirsch of Jefferson City. The jury heard closing arguments on Thursday morning.

Under Missouri state law, the penalties for first-degree murder are death or life in prison, without parole. Addie will be sentenced at a later date by Cole County Judge Jon Beetem.