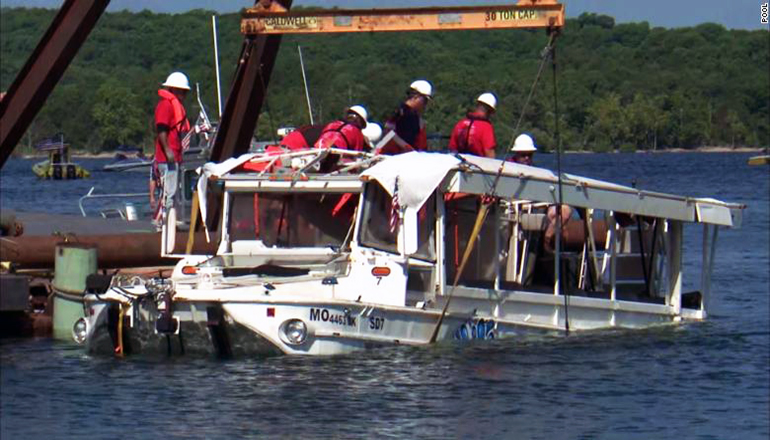 The judge in the criminal trial of three men accused of involuntary manslaughter in the deaths of 17 people in the Duck Boat Tragedy has dismissed all charges.  Stone County Judge Alan Blankenship issued his ruling on Tuesday after delaying the initial hearing for his decision in March.

The boat was swamped by waves caused by strong winds shortly after it entered Table Rock Lake near Branson on July 19, 2018. Riders from Missouri, Indiana, Illinois, and Arkansas were killed. Fourteen people survived.

Prosecutors last year charged Kenneth Scott McKee, 54, the captain of the vessel known as a duck boat; Curtis P. Lanham, 39, the general manager at Ride the Ducks in Branson; and Charles V. Baltzell, 79, the operations supervisor who was a manager on duty the night the boat sank, each with 17 counts of first-degree involuntary manslaughter.