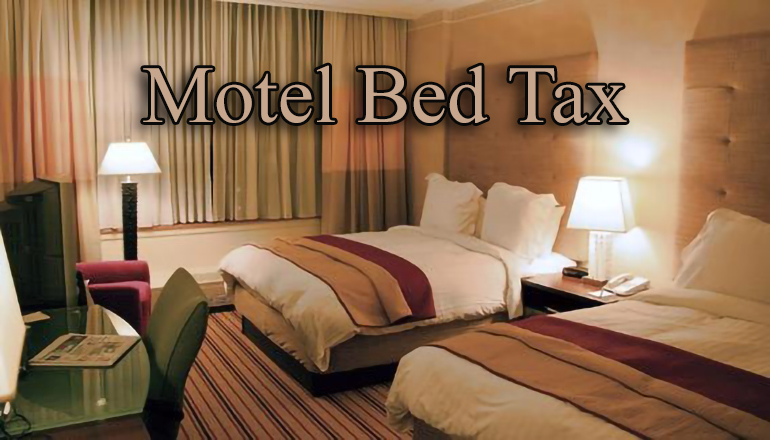 If a five percent lodging tax is approved by Trenton voters next Tuesday, a seven-member commission will be appointed to oversee the spending of the money for tourism-related promotions.

Among other communities, money generated by the so-called “bed tax” has been used to purchase advertising in travel and tourism publications. Among those with the tax on lodging is Chillicothe.

The city of Trenton’s proposal will require a simple majority for approval at Tuesday’s election.

In a promotional effort to draw visitors to Trenton for alumni weekend, the Missouri Day Festival, and Holiday Hoops and other events; city officials are hoping the proposed “bed tax” will pass in Tuesday’s election – creating local funds to advertise what Trenton can offer.

Councilmember Smith explained teams and fans often travel from long distances to attend high school basketball games such as Holiday Hoops at the Ketcham Community Center in December and would like to have a place to stay in Trenton.

Mrs. Smith was referring to the former Country Home Inn which is undergoing major renovations in preparation to re-open as a Cobblestone Inn. The city council member also mentioned it’s been determined Trenton has a need for more lodging than what the Cobblestone Inn can provide.