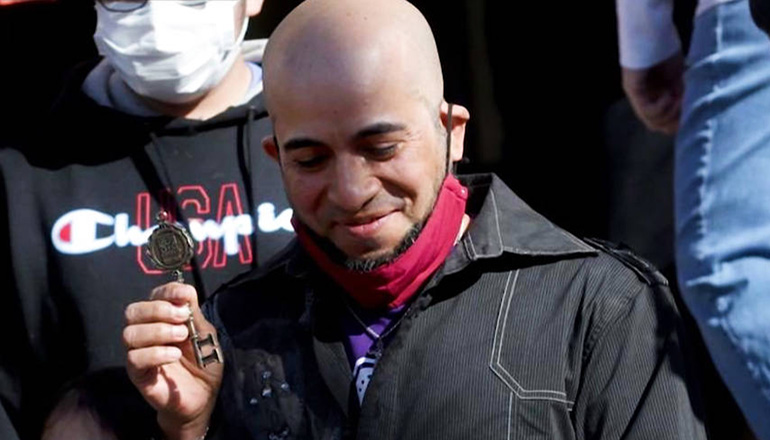 A man who has lived near St. Louis in a Maplewood church to avoid deportation has been able to finally leave the church.

Alex Garcia returned home on Wednesday after being protected by the church for more than 3 years. The St. Louis Post Dispatch reports the Honduran immigrant and father of five hid at the church because he would have been deported under Trump-era policies, but President Joe Biden has ordered U.S. Immigration and Customs Enforcement to focus deportation only on immigrants convicted of aggravated felonies or who have been deemed threats to national security.

The Trump administration had scheduled the married father of five to be deported in 2017. García emerged from sanctuary after freshman Missouri Congressmember Cori Bush introduced a “private bill” to grant him permanent residency.