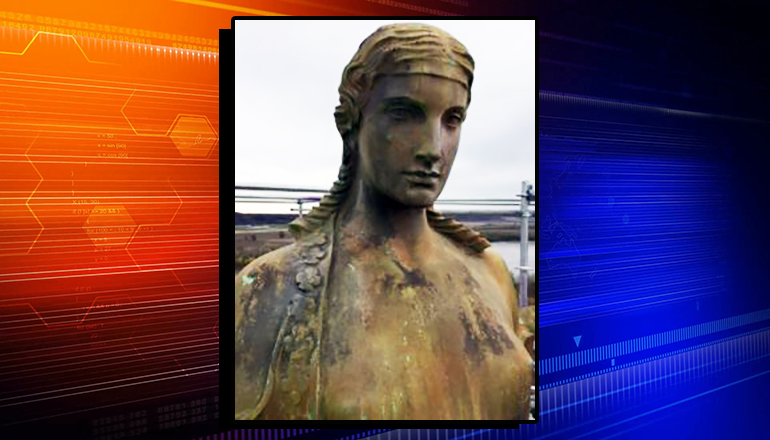 Hundreds of people watched Thursday as a statue atop the Missouri Capitol dome in Jefferson City was lowered to the ground to undergo repairs.

Ceres, the Roman goddess of agriculture, was brought down from her 260 feet high perch for the first time since being installed 94 years ago. John Tandy of Jefferson City said the viewing was a once in a lifetime experience.

The statue’s journey is being referred to as a “trip to the spa”. Jefferson City resident Kerri Martin thinks the sculpture’s beauty justifies the human references.

Linda Johnson is a state employee who began as an intern answering questions from school kids who constantly misidentified the statue as Thomas Jefferson.

Ceres will spend about one year being refurbished after being nicked by incidents such as lightning strikes.