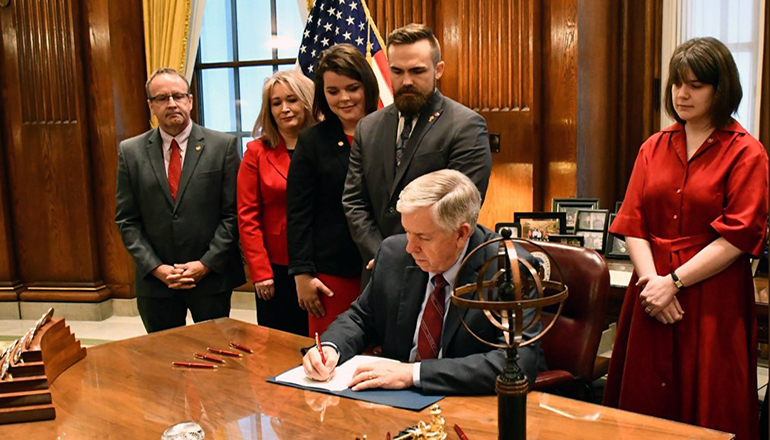 Among about 300 Missouri Department of Corrections workers, Governor Parson has signed into law a 29.7 billion dollar state budget. At the Jefferson City Correctional Center, Parson says the plan gives corrections staff a pay raise of at least three percent for new workers and as much as 13 percent for 20-year veterans.

The plan also gives all other state workers a three percent pay boost. Eight million will go to flood recovery efforts and 3.5 billion to fund Missouri’s K through 12 public schools.  The plan also includes 50 million in general revenue for bonding to repair 250 bridges and a core funding increase for all of Missouri’s public universities by at least one million dollars. Parson did not veto any line items in the budget.