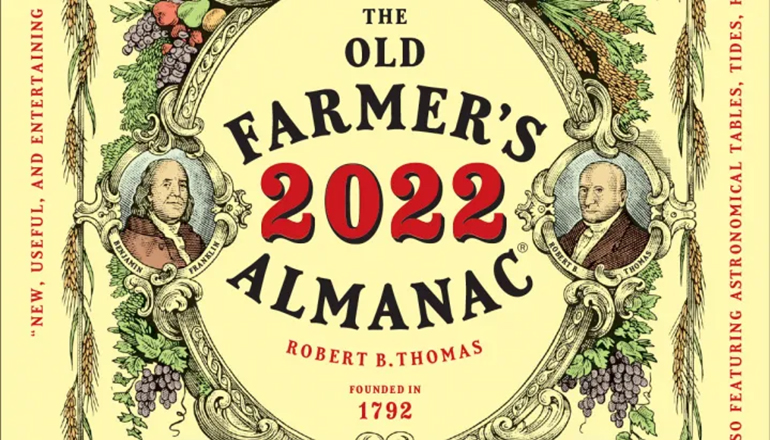 Some Missourians may be looking forward to the cooler seasons of fall and winter– but the new edition of the Farmers’ Almanac predicts a *very* cold winter ahead. Editor Peter Geiger says the winter forecast map carries just five words floating the Midwest: “Hibernation Zone, Glacial, Snow-Filled.” Geiger says the publication is calling for an exceptionally snowy, extremely cold winter for 2022-’23.

While many parts of Missouri have felt triple-digit heat this summer, Geiger says the winter before us will prove to be equally extreme, with subzero temperatures.

Within the region, you’re going to see some really cold temperatures almost from the middle of January through the early part of February, and then some snow even in March.

The new edition of the almanac comes out this month and Geiger says it will include tips for coping with the predicted high cost to heat our homes during the frigid months.

For example, you can use bubble wrap. If you spray a window with water and then put bubble wrap on, it insulates the window for the winter,” Geiger says. “I mean, it’s very simple, very inexpensive but it’s very possible.

Founded in 1818, the Lewiston, Maine-based almanac boasts a forecast accuracy rate of 75 to 85 percent which Geiger says is based on a formula developed more than two centuries ago.

It’s based upon sunspot activity, planet positions, the effect the moon has on the earth, and we actually have a page in this year’s almanac that talks a little bit about how we go about doing it,” Geiger says. “When we say it’s going to be minus-40 degrees, I think it’s an indication of how potentially cold it could be, as opposed to the fact that you can count on minus-40.

In addition to weather predictions, the Farmers’ Almanac contains all sorts of information on gardening, cooking, home remedies, and folklore.