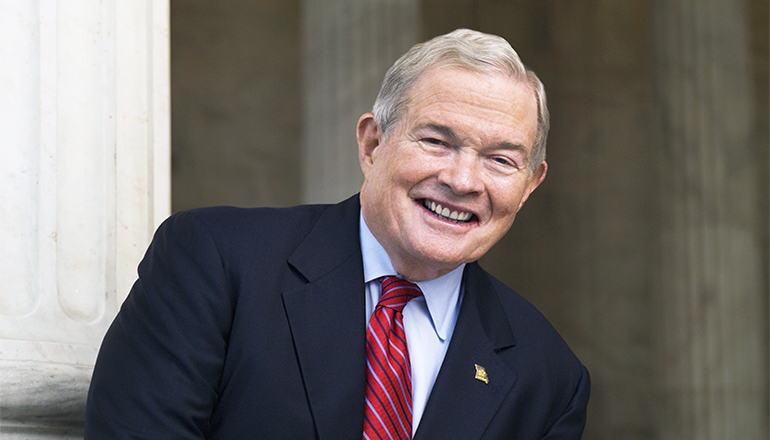 Bond describes former President George Herbert Walker Bush as a “true statesman” and an outstanding president and war hero. President Bush died Friday in Houston, at the age of 94. Bush served eight years as vice president from 1981 to 1989, before serving one term as President. Bond tells Missourinet he introduced Vice President Bush when he spoke at Fulton’s Westminster College in 1986.

Vice President Mike Pence describes former President George H.W. Bush as a great leader who made a “great difference in the life of this nation.” Bush died Friday in Houston, at the age of 94. Former Missouri Senator Kit Bond notes Bush was also a war hero.

Bond notes Bush landed in the Pacific Ocean during World War II, before being rescued by a submarine. Bond says he first met Bush in 1968 in Washington when Bond unsuccessfully ran for a U-S House seat in northeast Missouri. Bond later served in the U-S Senate from 1987-2011 and was in the Senate for the entire Bush presidency from 1989 to 1993.