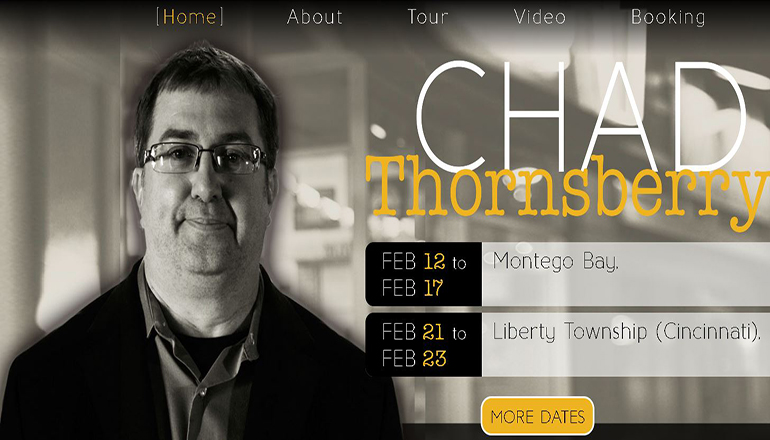 Comedian Chad Thornsberry of Crocker, Missouri performs Saturday night in a fundraiser at Trenton High School to support the Golden Bulldog Marching Band with an out of state trip.

While Thornsberry’s career has spanned 13 to 14 years, he tells KTTN about comedians he admires the most and whether he tries to emulate them.

Serving of the spaghetti dinner begins at 5:30 in the commons with those attending the meal eating and paying what they want. Missouri Comedian Chad Thornsberry performs “stand up” comedy at 7 o’clock in the gym with admission priced at $15.00.