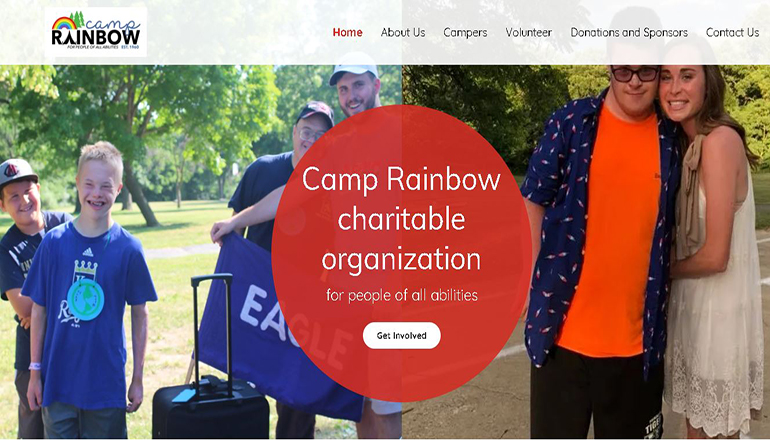 Camp Rainbow will hold three sessions at Crowder State Park west of Trenton this year after not meeting last year due to the pandemic. The camp for individuals with disabilities will be held at Camp Grand River at the state park from June 18 through 26.

Each session will involve a two-night stay. Then there will be one night without any campers in between.

Volunteers are asked questions on their application about their interests and what they would be comfortable doing. Savage explains volunteers can work as counselors alongside campers, cook meals, or help with recreation or crafts.

Volunteers include high school students, and some receive credit towards scholarships with community service and volunteer hours. A licensed nurse maintains medication schedules for campers.

Savage says wheelchairs and golf carts are available for campers who cannot walk. Campers can also be transported from the private group camp area to the bottom of the hill for activities thanks to Access 2 (II) of Gallatin donating the use of handicap accessible vans.

Various activities happen at the lake.

Savage notes the Missouri Department of Conservation has provided fishing poles in the past. Programs have also been given by people like Adam Bransgaard from MDC.

Savage thinks a highlight of Camp Rainbow is the dance.

There will only be 36 campers per session this year and about 30 staff members. Usually, there are 54 campers.

Other precautions taken due to the pandemic include using hand sanitizer, altering the way food is served, and making sure campers stay hydrated and wash their hands.

Camp Rainbow costs $25 per camper. Savage says the cost can be kept low with the support of donors. The 501(c)(3) non-profit organization receives funding through multiple sources.

Camp Rainbow has been chosen as a participating charity of the Mid America Music Festival at the Black Silo Winery of Trenton on July 16 and 17. The summer camp for individuals is one of three participating charities. The other charities are the Green Hills Animal Shelter and North Central Missouri Children’s Advocacy Center.

Camp Rainbow Director Daniel Savage says the organization feels “super honored” to be a part of the music festival. Camp representatives will volunteer at the festival.

Other funding for Camp Rainbow includes that from Senate Bill 40 organizations Families and Friends of the Developmentally Disabled of Grundy County and New Horizons of Livingston County, private donations, and local charitable foundations.

Camp Rainbow also holds an annual chili and soup lunch at the Chillicothe Elks Lodge in February, which Savage says raised more than $3,000 this year. Lunch was offered curbside this year. He hopes to have attendees come in and eat next year and to continue offering curbside pickup.