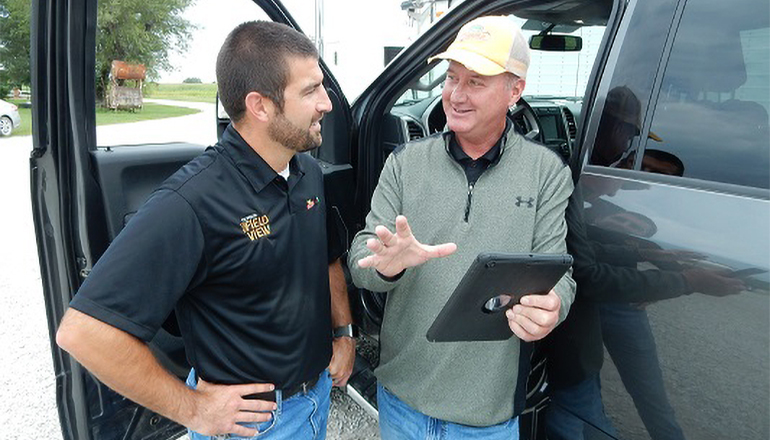 (Brownfield Ag News: Tom Steever) – North Missouri farmer Brad Tolson says he’s not concerned about what he can’t control. Tolson tells Brownfield his soybeans are behind because they were planted a month late. His corn was planted on time but was stunted early and was hit by drought during pollination.

“Having said all that, I think that we’re going to have some crop,” Tolson told Brownfield Ag News on his farm near Trenton, Missouri. “It’s just not going to be what everybody would hope for.”

Asked whether he worries about an early frost, Tolson says he doesn’t.

“I’m not going to worry about that,” said Tolson, who is also a dealer for DEKALB Asgrow. “I think we’ll just see what happens; I’m going to try to control the things that I can do something about and frost isn’t one of them.”