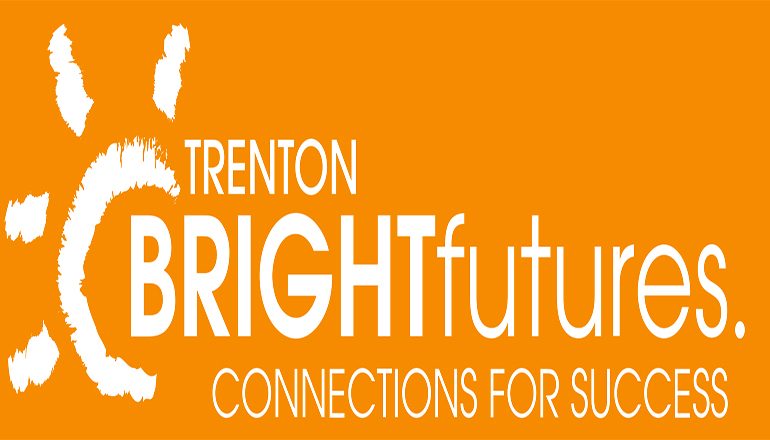 The Partner of the Year was the Grundy Electric Cooperative. Bright Futures Advisory Board Treasurer Kara Helmandollar helped present the award.

The Champion of the Year was Tash Dowell. Advisory Board Secretary Kristi Harris said Dowell had volunteered at the Back to School Event for several years.

Other supporters and volunteers were also recognized.

Bright Futures Trenton provides resources for students and families. Its initiatives include Beds for Bulldogs, the Back to School Event, Lunch Buddies, and clothing distributions.

The impact of Bright Futures Trenton was discussed during a Celebration Luncheon October 21st.

Co-coordinator Lynn Griffin reported more than 1,500 resources had been provided to Trenton R-9 students this past year through school counselors.

She commented that the Back to School Event is one of the biggest events in regards to preparation and planning. Fifty-three volunteers logged 727 hours for this year’s event.

Taylor Whipple is a Head Start Home Visitor for Grundy and Daviess counties. She witnesses first hand the needs of families.

She said Bright Futures has made it possible for basic needs to be met and gave a few examples. One involved helping a family who needed diapers a couple of years ago.

Five families Whipple has helped received beds from Bright Futures in the four years she has worked for Head Start.

Whipple commented her family has personal experience with Bright Futures, and her children have attended the Back to School Event.

One of the group’s initiatives is Beds for Bulldogs. Co-coordinator Lynn Griffin reported six beds had been provided to students since January for different reasons.

Griffin said Bright Futures would like to form a group to deliver and assemble beds. Co-coordinator Terri Critten talked more about Beds for Bulldogs and that group.

Critten noted the group would be voluntary.

Griffin said a new partnership for this year is with Good 360.

Griffin noted Bright Futures Trenton received 100 unopened Amazon boxes the last time representatives went to Good 360. She explained there are usable items in the boxes that will be offered to families at an event planned for December.

Another partnership is with Unilever.

Griffin said another partnership is with the Community League of Kansas City, and that group provided Bombas socks.