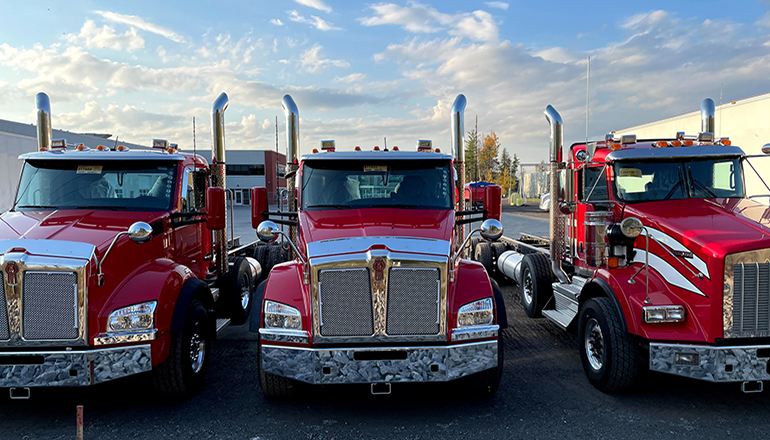 Truckers gathered in Jefferson City Monday/yesterday in a show of solidarity.

A convoy of semis, tractor-trailers, and dump trucks came to Jefferson City Monday—not for a protest, but a processional. A funeral processional for a 13-year-old boy who followed around his dad and uncle – who owns Frank Boys Trucking. He would clean the Peterbilts and learn from the drivers how they worked. Dalton Frank died suddenly on Valentine’s Day – in a way that a family member described as a parent’s worst nightmare.

(Photo by Jeremy Bezanger on Unsplash)