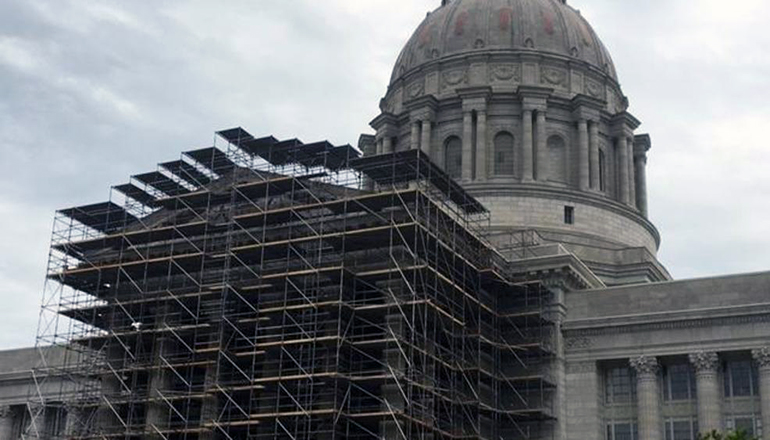 Work continues on $50 million in renovations of the Missouri Capitol in Jefferson City. Dana Rademan Miller chairs the State Capitol Commission which is charged with the preservation of the structure. She says the building has been in urgent need of repair after state revenue declines led to 15-years of deferred maintenance.

Rademan says the building, which was constructed in 1917, has unique architecture for its time.

Funding for the project began with a bill to issue $40 million in bonds that passed the legislature in 2014.  The Missouri Capitol building in Jefferson City is roughly 40 percent complete and Rademan says the building should be spotless when it’s finished.

Five-to-eight percent of the Capitol’s stonework is being replaced because of wear and tear from weather elements over the years. The renovation project should be complete by December 2020.